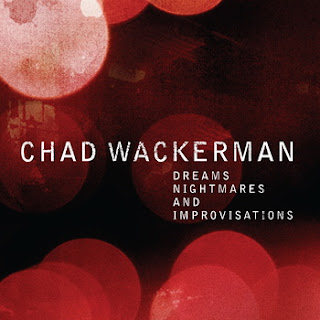 Purchase this cd on one of the following outlets:
www.abstractlogix.com/xcart/product.php?productid=25430
www.cdbaby.com/Artist/ChadWackerman

Integral part of ONE DOLLAR for 25 Tunes /3+hrs of music. - Please welcome to my first Mr. MoonJune Recommends digital compilation of 25 tunes, Volume 1 (over 3hrs of progressive music that explore boundaries off jazz, rock, ethnic, avant and the unknown and anything in between and beyond from all around the globe). It's only $1 (minimum donation, suggested $5 or more.
It features one track from each CD that over the past few years I have wanted, even yearned, to release on MoonJune but couldn't for a variety of reasons: lack of time, the fact that the label can only release a limited number of albums per year, I'm busy on tour with a band, or involved with my other two businesses. All You can do it's to support my friends and amazing artists from this compilation and several of them in one or in another way will be somehow on MoonJune, sooner or later.
credits
from Mr. MoonJune Recommends, Volume 1 (​$​1 minimum, suggested donations $5​+​), released 04 January 2013
Musicians on this album:
Chad Wackerman - drums
Allan Holdsworth - guitar
Jimmy Johnson - bass
Jim Cox - keyboards

Four masters of musical improvisation collaborate on the latest release from esteemed drummer Chad Wackerman. Known for his work with Frank Zappa, Allan Holdsworth and James Taylor, Wackerman blurs the line between composed and improvised pieces on Dreams, Nightmares and Improvisations. The featured musicians: guitar legend Allan Holdsworth, bassist Jimmy Johnson and keyboard player Jim Cox, have all developed a unique musical telepathy with Wackerman over decades, which is allowed to shine on this inventive, adventurous CD.
Ranging from atmospheric to edgy, the music on Dreams, Nightmares and Improvisations showcases four creative musicians at the height of their musical powers. Wackerman has structured the CD so that the interplay between the performers is ever-present. Many of the improvised pieces sound like fully formed compositions, while the written pieces provide ample opportunities for spontaneous flow. Listen to the sparks fly as musical bonds deepen on this incredible new CD.

“Chad Wackerman has a beautiful ear for harmonies and melodies that lets your inner musician soar, and with 'Dreams, Nightmares and Improvisations' it comes together and expresses his potential as an artist. All the musicians who play on this record are the inspired elite and on this CD they create a magnificent and ethereal listening experience.” ~Steve Vai
Allan Holdsworth