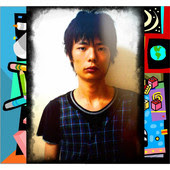 Takakazu Nakamura this is announcement of my music release.
I released my new song 'The White' on 19 January 2013.
This song will include in my Album called 'White' which is released in 2014.
Of course all music created by me, Composing, Lyrics, Playing, Songing, Mixing, Masterring.

I'm pretty glad you to share this release.
http://itun.es/i6JB8SD