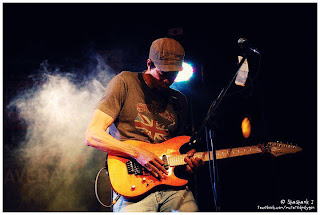 
Not only is MARAGOLD's studio album due out this year but Howe has also inked a recent
endorsement deal with DV Pro (Mark Bass) and an eponymous Signature Guitar Amp should
be on the market shortly.


You can catch Greg Howe in Greece, Italy, N. Ireland, France and the UK in March 2013.