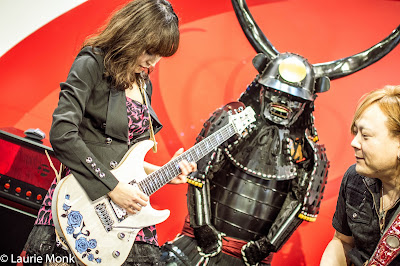 These guys really kicked ass... so much so the noise police were alerted... but to no avail.. they kicked on and delivered the goods.

Note I'm filming this with my left hand and taking Digital SLR photos with my right hand.