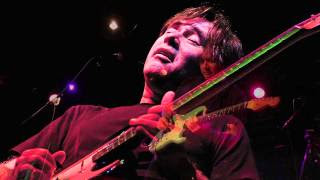 Carl Verheyen has created successful, multi-faceted career as a critically-acclaimed, Grammy®- nominated musician, vocalist, songwriter, arranger, producer and educator with 11 CDs and two live DVDs released worldwide. Carl is commonly regarded as a guitar virtuoso capable of playing any style of music with remarkable mastery and conviction. He has been one of LA's elite "first call" session players for the past 25 years, playing on hundreds of records, movie soundtracks and television shows. Verheyen has graced the pages of countless industry publications and been the subject of numerous articles chronicling his rise to the forefront of the modern day guitar scene.

I caught up with Carl to talk about his latest venture, a new studio Solo album that he is currently writing and producing.