Dave Reffett,Michael Angelo Batio: ripping it up for Intermezzo CD 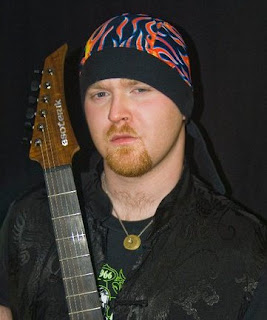 Dave Reffett
I Just finished the greatest Guitar Solo of my career thus far! Can't wait for you guys to hear it :)

I send a very special thank you out to my good bros Ryan Buckley, andDan Gonzalez for their amazing help in tracking this! They did a killer job with the production! The Tone is smokin!!! This song is going to be epic and legendary!!! It is me, Michael Angelo Batio, Jeff Loomis, Rusty Cooley, Craig Goldy from Dio!, Elliott Rubinson (Owner of Dean Guitars and badass bassist), Andrea Martongelli (Arthemis) and another VERY special guest TBA...and all on the same song no less!!!! I'm also very proud of my good friend Joe Rose who recorded a great solo for the CD. Also my bro Joe Stump is going to be on the album, along with other killer players like Max Carlisle, George Bellas, Florent Atem, Bill Peck and more!
* Keep your eyes peeled for Michael Angelo Batio's "Intermezzo" album. It's going to be insane!