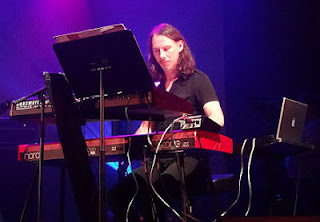 A new interview with Swedish keyboard virtuoso Lalle Larsson has been published on the Background Magazine. A short clip of the interview is given below:


What can we expect from you music wise in 2013?
“At the moment I'm writing material for my next solo album written for keyboard, bass and drums. These compositions have a lot of chords and structures that work as vehicles for improvisation. The album will focus a lot on my solo playing. This will be recorded live in the studio to get a real live energy. I don't feel that I have really managed to capture the way I play live on any albums since most of them are recorded with overdubs, so I hope to be able to capture that feeling. I have been practising a couple of hours every day now for two months, so I feel a bit of progress and new ideas are beginning to take shape. Two months ago Richard Hallebeek released his album Pain In The Jazz on which I play all the keyboards. It's a great guitar oriented jazz-fusion album that features players like Sebastiaan Cornelissen, Frans Vollink, Randy Brecker, Greg Howe, Guthrie Govan, Andy Timmons, Eric Gales, José de Castro, Kiko Loureiro and Alex Machacek. It's highly recommended to fusion fans out there. Later this year we will also release a DVD with Karmakanic, a live show that we recorded in 2012 at RosFest, USA, which also features the great drumming of Morgan Ågren. There will also be a DVD with AOM from that same festival; you can probably expect that DVD to be released at the end of 2013. I'm also playing a few guest solos on different albums. So there's some exciting music in the pipeline. As usual I'm open to any kind of projects or tours and studio work if something comes along.”

The rest of this great interview can be found here: 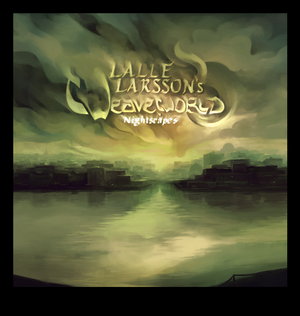 The album can be ordered from the following link: