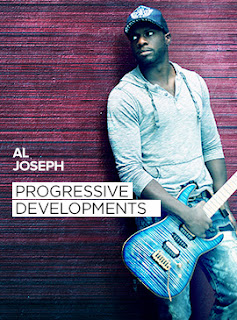 It's Time To Progress
Introducing Al Joseph and his debut jam track package Progressive Developments at JTC. Containing three progressive metal style tracks, Al showcases a blend of classic rock/blues style licks in a metal setting as well as his incredible talent of creating melodic lines that get stuck in your brain. Al leans on his major influences throughout, including John Petrucci and another JTC artist Marco Sfogli and the results speak for themselves. There is a lot to learn from these 3 tracks!
In true JTC style you get the solo track, solo backing and extended jam tracks, the video performances and the TAB and notation (which was created by Al himself). Al has also written some track notes to accompany the package too.

So...great tracks, great playing...what are you waiting for?!? Come check out the previews or head to our YouTube channel to watch the promo!