Ola Strandberg: talks to Seymour Duncan about his innovative guitars 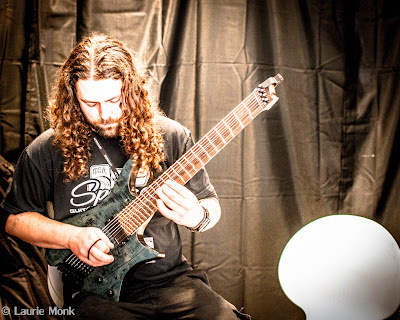 How does your personal taste in music influence your designs?
Not so much, but the reverse is definitely true. I have expanded my musical tastes considerably from working with my customers. Having said that, I thought I was building a jazz/fusion guitar, but due to early adoption by Extended Range players like Chris Letchford (Scale the Summit), who was my first ever made-to-measure customer and who now has a recently announced signature model in the works, Tosin Abasi (Animals as Leaders) and Misha Mansoor (Periphery), the Extended Range segment is where it really took off. I had never listened to that type of music before when I met either of them, but was completely blown away. After receiving my first e-mail from Tosin, having never heard of him, I listened to Animals as Leaders on repeat for a whole day!

Recently getting Allan Holdsworth as a customer and having him record several songs on his new album with his [custom Seymour Duncan 59B equipped] .strandberg* guitar does bring the whole thing home though. It was really with a player like him in mind that it all started but I could not in my wildest dreams think that it would happen. Another headless guitar pioneer, Paul Masvidal (Cynic), recently joined the team of .strandberg* artists and we are bringing out a signature model for him, which is very exciting and totally in line with my personal tastes.

The feedback I receive from my customers and people who try the guitars is a continuous learning experience and an incredible kick. Coming up with well sounding 7- and 8-string guitars, where “well sounding” is to a large extent defined by the djent/technical metal genre, has evolved into a set of rules for material and pickup selection, where I guess personal taste is an element. This continues with many of my 6-string players, like Al Mu’min (the HAARP Machine), playing in drop tunings where similar rules apply.