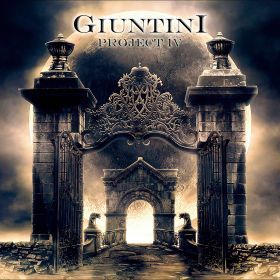 Giuntini Project IV was released in May via Escape Music. It has been six years but Aldo is now back with the fourth chapter of his Project. “My way of writing and producing the songs needs a lot of time”, he says, “One could say I am a perfectionist, but when I have musical ideas for my guitar, I often have the other guys working with their own inputs: Also I need to have Tony Martin to work on the lyrics at the end, so this takes away a lot of time”. http://www.bravewords.com/news/206858