July 09, 2013
Angus Clark, guitarist for DareDevil Squadron, Trans-Siberian Orchestra, Rock of Ages, Kitaro, and others, announces the release of "50 HARD ROCK LICKS YOU MUST KNOW" through TrueFire.com. 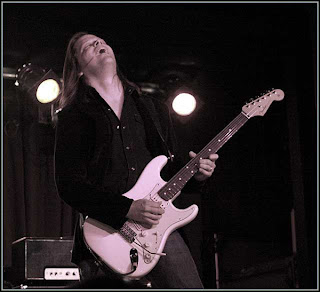 The first of a series of "Hard Rock Guitar" instructional videos that will be coming out in 2013, this course is for intermediate to advanced guitar players and uses TrueFire.com's state-of-the-art learning platform to deliver 50 guitar licks that can be incorporated into the student's playing right away.  Featuring demonstrations, explanations, tablature, and backing tracks to practice over, this course is a must have for any guitarist that loves the sound of Hard Rock: from Sabbath to the Scorpions, Rainbow to UFO to Ratt to Avenged Sevenfold - Angus covers it all.

Go directly to http://truefire.com/rock-guitar-lessons/50-hard-rock-licks/ to find Angus' new course, and a "Sampler" of free lessons that you can check out before you buy.  The video is available as either a download or Data DVD.

Angus talks about the "Hard Rock Guitar" series and TrueFire.com

"The demands of my career have made it impossible for me to spend any time teaching, so it's taken a long time for me to throw my hat into the ring of instructional videos.   When I decided to partner with TrueFire it was a no-brainer because they have the best platform and working model for a player like me that's primarily a performer rather than an educator.  I challenged myself to deconstruct some of the licks that I use all the time and figure out what exactly I'm doing and what fundamentals are at work.  I'm really pleased with the results."

"We decided to call it 'Hard Rock' rather than 'Metal' because I think 'Metal' is an argument-starter.  I honestly consider most of the references in the course to be 'Metal' but nowadays it means a whole other thing and most of these bands have become 'Hard Rock'.  Doesn't really matter to me what you call it, it's the music I like.  We're starting the series with the '50 Licks' course, which we just released.  We're in production right now on 'Hard Rock Guitar Survival Guide (Rhythm Edition)', and then later in the year we'll be doing either a 'Lead Edition' or 'Solo Factory', the idea being that I'll show students how to construct entire solos from the licks in the course."

"It's a big step forward for my friends at TrueFire because most of the content on their site is Blues, Blues-Rock, or Classic Rock focused.  We want to bring a whole new family of students to the table with this series.  I know that Hard Rock and Metal fans are some of the most discerning yet loyal fans in the world, so I want to spread the word and get them acquainted with TrueFire.com.  I also think that this particular brand of 'Hard Rock' is not that big a stretch from where Classic and Blues Rock were headed by the end of the 60's.  Sabbath's first album came out at the dawn of the 70's and then it was 'Game On!' for Hard Rock.  From Iommi, to Schenker, to Rhoads, to Vivian Campbell, these are the licks that get the job done."