Niko Tsonev: Pro Series: In Search of the Musical God-Particle

Pro Series: In Search of the Musical God-Particle.  By Niko Tsonev

The sometimes elusive element that I call "Rich Music Content" is a bit like the Higgs Boson or "God's particle" which is supposed to be present in Nature, hardly detectable but indeed a measurable unit.

And I think all of us are affected on a deeper level by music with real "substance". Depending on the music played this could be in the raw emotion emanating from the performance, or in the case of more complex forms of music-creation this effect could be the "touch" of the player, the finesse and fluidity or may be just the depth of writing itself (you know how certain chords strung together in a certain way affect us inexplicably). The sound perhaps! Or hopefully all of the above.

Just like many of you, I have always admired masterful musicians, and I don't only and necessarily mean technically gifted (this term is sometimes reserved for the very young players with an abundance of technique well beyond their actual experience).

What separates the Great ones from the equally technically accomplished majority?
I cannot answer in a way to satisfy all of of you. It is a subjective thing but there are music making individuals who definitely have that awe-inducing effect on large groups of people. And that is the indication of a constant, e.g. not of imaginary or subjective quality.

For me some of the enigma lies in the experience of speaking the musical language, a result of continuous growth, long hours spent not only practicing but being thrown in various demanding situations (which are in fact lessons). During the process there is a hefty advancement in the chosen art form-Dexterity, Harmonic vocabulary, Rhythmic vocabulary, crystallisation of ideas-musical and business ones if you like, clearer sense of musical direction and when real inspiration hits we have a completion of one's Musical Personality. And these are our favourite artists - the ones with identifiable sound.

So how do we get there and become one of the Greats? Surely long hours with the guitar (or your chosen instrument) will make the bond between man and instrument tighter. Ultimately the guitar becomes more an extension of yourself than a tool. When we are close to this state (and mind you long before!), it turns out that the big ideas, vision and writing are the real game-changer. The music you come up with, rather than what you do or can do on the guitar will make the biggest difference to your existing and future fans. And to me the shortest cut is just to intend to put your music skills into making New music.
Exaggerating your talents, diminishing or bypassing altogether the shortcomings, while working on them, remembering childhood influences also help! Healthy competition with those who are better is a powerful lever- as long as it's kept healthy. It applies to anyone- there's always someone better out there...

The fact is...even if they are better it doesn't always mean that they will make better music than you! As long as you have goals and spend your hours practicing music (not only guitar) wisely!

So in a way this is a reminder of sorts to all readers of Truth In Shredding to expand your "Practice Regime" in all directions and areas.
NOISE REACTOR (Niko Tsonev 2013)

I would start with how you approach writing-there are many different ways and forms of inspiration-a riff, a groove, a rhythmic phrase, a lyric, even the guitar sound itself may present you with an Eureka moment.
But from then on it's Craft. The old saying “If you can get a tune out of an acoustic guitar...” or a Piano even... really applies well here.
I don't mean to do an unplugged thing but that "deep" writing can be sketched on a simple instrument-the harmony progression and the structure of the composition for example.

Learn more about chord progressions, song structure, writing techniques-modulation of keys, pedal note progressions, swapping majors with minors (e.g. getting out of the diatonic progressions of the main 7 chords). Structuring your compositions well is of utmost importance-regardless of style and genre. Be adventurous-use that element of a well-educated guess (analyse your favourite records, while giving it your own twist). Work on that a lot more-once you have it (a song with a structure), it is so easy and so much fun painting it over with an amazing lead guitar or vocal performance.

I love re-reading “Making Music For Hit Songs” by Jai Josefs! It is aimed at contemporary genres but the writing chops are applicable to any style-from Jazz Fusion to extreme Metal. 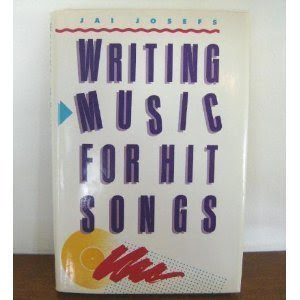 It is available to buy online (used from less than £2) and it is worth it!

Or here you can find a similar selection of free Songwriting PDF Books as downloads: http://www.songwritingfever.com/books/

If you are inclined to delve into jazz territories playing over chord changes would ultimately be the beginning of the real understanding of the guitar neck and the deeper matter of music.

Many of the classic selection of Abersold books (to name just one of many lines which are accompanied by a CD with backing tracks) are now available as a Play-A-Long:
https://itunes.apple.com/us/artist/jamey-aebersold-play-a-long/id513621150

Record yourself! This will help you hear your own playing in a different way. Record your songs. It will suck at first. Do more of it and don't get discouraged-your ear and decision making will get better until one day-not far away you'd be able to produce your own songs to a good standard!  And to any musician that walked the Earth this is the key to artistic freedom!

Sound on Sound Magazine has free access to over 1000 articles aimed at music production and recording techniques aimed at users ranging from beginner to advanced.
http://www.soundonsound.com/

Not only you would get the best advice on where to start (or improve) in terms of gear but I would particularly recommend their DAW-specific tutorials aimed for users of all the popular recording packages (ProTools, Logic, Cubase, Nuendo, Cakewalk Sonar, Cockos Reaper, etc).


So if you have that recording program sitting on the hard drive but don’t know where to start, well this is the best place other than a college course.

Very often the missing link for a band-less musician would be the groove under the "song". If you are lucky to share a flat with a great drummer (I have been) then it is a plus, but if not, nowadays you have many virtual drummers in a software or hardware form. I'd advise you to invest in one. Even a light (budget) version will change the way you write, how you hear song structures and will also help you finalise your ideas! 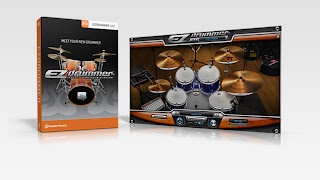 The biggest secret to a great sounding modern guitar music are the Drums! Their sound sculpts and affects the production of any (contemporary format) record more than anything else-strip them away and you have very little left of the impact-sonic or emotional! Even more  importantly-think like a drummer-analyse drum grooves-what would suit that song better? Try to hear it in your head before browsing the hundreds of presets and before your brain goes numb and you lose perspective. And if your music doesn't require drums-practice your inner groove!!

When speaking to one of my favourite drummers-Marco Minnemann he told me that many of the supposed "techy" players or bands have real problems when faced with phrases of odd-groupings.

So practice your "speech rhythms"  switching from even note groupings to odd numbers
like 5, 7 or even 9 per measure:


Players like Frank Zappa, Steve Vai, Wayne Krantz and Oz Noy (among many others) are known for such rhythmic excursions. Steve Vai in particular openly admits his fascination with Bulgarian Wedding Folk Music, famous for its tricky permutation of rhythmic figures. The idea behind the somewhat daunting complexity (especially when played at very fast tempos) of such use of odd note groupings and meters is quite simple really- it all comes down to the “extended to 3” part of the group which is played quite like a triplet would be. So a count of 5 could be viewed as 12-123 or 123-12. A count of 7 would be something like 12-12-123 or 12-123-12 or perhaps like 123-12-12.

Some of the parts within a Steven Wilson song that we played (on the GFD 2012 Tour) called “No Twilight Within the Courts of the Sun” are in 21/8.

And back to pure phrasing for guitar practice-here is a good example of approaching 5’s (Quintuplets) while mixing up the note groupings within:


And similarly with 7’s (Septuplets):
Of course when practising, jamming or just playing music (whatever you do to get better), do try “converting” a regular phrase to a triplet variation (or any of the above mentioned odd group denominations)-performed to the same click value as in Ex.1.

It is a most rewarding and musical subject matter (also directly connected to the use of odd time signatures). And to me the above is the rhythmic equivalent of Jazz harmony.

Practice the art of dynamics-quiet and loud! Both in your guitar performances and in your song structures. All of us know the importance of it but many forget to employ it.

These are some of the amazing things I see executed so naturally by the real great players and musicians.

I am convinced that everyone can achieve great results - it would be good enough to explore these expansion tools and approaches at least once - they are but a few of the elements that open up Universes of phrasal treasures as well as fresh writing ideas. Afterwards you just remind yourself that they exist - that would be enough for them to resurface by their own accord in your performances. Perhaps the final result will still vary but that will hopefully be because of your Personality!

Remember who you are-you have a voice and it is true that the World wants and needs to hear Original Ideas!

About Niko Tsonev:
Niko Tsonev is a guitarist's guitarist and a gifted songwriter and producer who really stands apart from the pack of new similar artists with a unique personal style, and a sassy edge. His guitar work is a melting pot of progressive rock, djent, jazz fusion and classical impressionism reminiscent of a dark, modern and edgy Treznor-esque film soundtrack.

Niko has performed and recorded with artists and producers from very diverse stylistic backgrounds: Steven Wilson (Porcupine Tree), JJ Grey (Mofro), Youth (Paul McCartney, Joy Division), Die So Fluid, Digitonal, Aquilina and Fabrice Quentin, encompassing genres from Progressive Rock, Jazz, Blues, Urban through to World music. His stylistic flexibility is showcased in his solo work as well as his work as a film and TV composer.

The debut solo album Black Feather was released in 2008 resulting in collaborations with fellow guitar heros such as Mr Fastfinger (aka Mika Tyyskä), Christophe Godin (Mörglbl) and Mathias IA Eklundh (Freak Kitchen). 2011 saw the release of "Nix Hydra" which lead to Tsonev being invited to join the Steven Wilson Band as a lead guitarist for his 2012 Grace for Drowning World Tour.

The band consisting of Steven Wilson, Adam Holzman, Marco Minnemann, Theo Travis, Nick Beggs and Niko Tsonev filmed the live concert "Get All You Deserve" DVD/BluRay in Mexico City which was released in late 2012. Niko also contributed guitar solos and additional guitars to Steven Wilson's 2013 album "The Raven That Refused to Sing (and other stories)".

Acid Tears features the amazingly talented Grog from the British alternative band Die So Fluid on vocals (also known for her work with Ozzy Osbourne, Kylie, Goldfrapp among numerous others). On the title track Banshees and Harpsichords the call of Niko's guitar is answered by the soaring jazz violin work of Samy Bishai ( Natacha Atlas, Tom Jones, Basement Jaxx and Shakira).