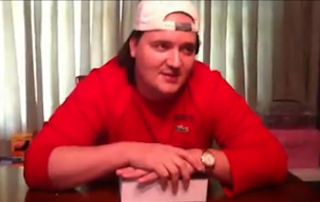 "Thirteen Epic Questions for Marshall Harrison" part III - talks about the most difficult piece of music he ever played Rachmaninoff opus 39 no 1 and more.

The Op. 39 set of Études-tableaux, written between 1916 and 1917 and published in 1917, was the last substantial composition written by Rachmaninoff while still in Russia, and it shows a marked departure from his previous work. Rachmaninoff had been listening keenly to his contemporaries Scriabin and Sergei Prokofiev, and had studied Scriabin's works to prepare a memorial recital in which Rachmaninoff himself played in Scriabin's honor. Though he was roundly criticized for his overly-analytical approach in his playing and overall lack of capturing the free-flying spirit that Scriabin had summoned so well in his own pianism, the compositional seeds resulting from his studying Scriabin's work had been planted. A melodic angularity and harmonic pungency appeared in these études as well as in his Op. 38 songs, which were written concurrently. The Op. 39 set is considered much more demanding technically than the Op. 33 set, and has been described as extremely virtuosic in its approach to keyboard writing, calling for unconventional hand positions, wide leaps for the fingers and considerable technical strength from the performer.[2] Also, "the individual mood and passionate character of each piece" pose musical problems that preclude performance from those not possessing a tremendous physical technique more