Guthrie Govan: adding the icing to the Steven Wilson Cake. See this band on tour!

It's not often I can get out with the shred children to see bands of such high quality visiting little old Bristol. There is no support act, so get there on time. T-Shirts, DVDs's, CD's from the band and specials from the band members, so take some cash too. This is a new era for progressive bands, the atmospheric lights, the back projections... with some of the best musicians on the planet. If, like me, you can recall the 70's and 80's you'll have that nostalgic hunger for the epic songs that progressive bands deliver.

Guitar players would do well to see Guthrie Govan at this show, as you'll soon understand why he is one of the best players on the planet and here you'll see what takes to get to the next level. Guthrie is able to coax any number and all manner of sounds from his guitar, e-bow, glass slide and the whole panoply of guitar pedals at his disposal. Guthrie Govan is true craftsmanship in a band context.

Steven Wilson is a funny guy and natural band leader, leading the band through 15 minute abridged version of well known tunes with aplomb. Pausing to discuss the recent Australian tour, the new recordings.. Steven does all this in bare feet and that contrasts sharply with Guthrie's big boots (as my daughter tells me). We did have a little disaster halfway through as shred junior lost one of his ear plugs... but all in all a great show.

See this band on tour... Guthrie Govan adds the icing to the Steven Wilson Cake.... did I mention Chad Wackerman, Nick Beggs and Adam Holzman? http://stevenwilsonhq.com/sw/tour-dates/

A few photos of the gear taken with my old phone... you can see his Victory amps and Fender Jazzmaster (I think) The sound was great. My new prog era begins... 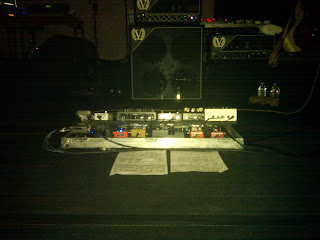 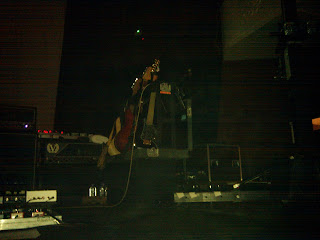 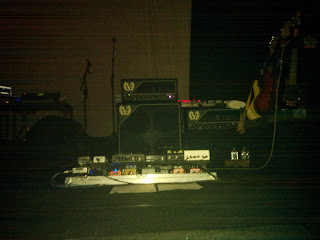 
Steven WilsonKscope have released a 1-minute clip taken from the forthcoming video for 'Drive Home' directed by Jess Cope, which you can see below.Steven Wilson's 'Drive Home' set is now available to pre-order on Burning Shed and it will be released in two different editions, DVD+CD and Blu-ray+CD. It features unreleased tracks, videos, live recordings, high-definition audio and a documentary. More information can be found here - http://stevenwilsonhq.com/sw/drive-home-video-ep-now-available-to-pre-order/ 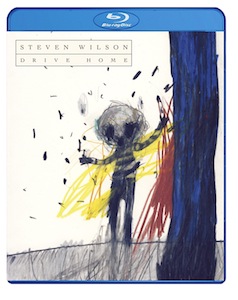