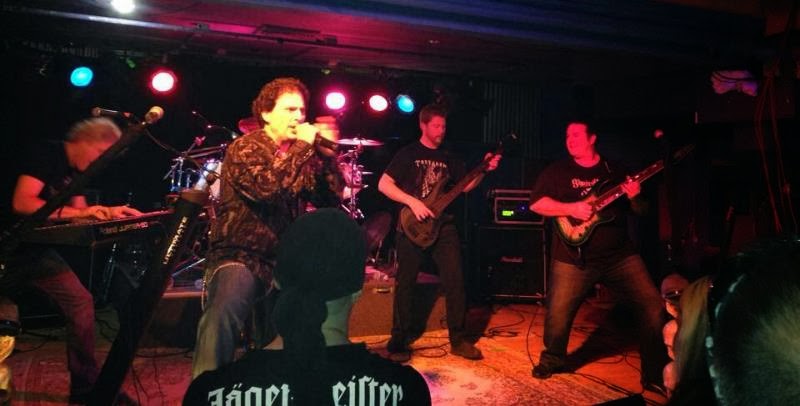 Xander posted photos on his facebook page of himself, with both Michael Angelo Batio and Ronny Munroe, saying, "Michael Angelo Batio - very very cool guy. Super talented and all around classy guy. See you at the NAMM Metal Jam II, sir!" and "Ronny Munroe..good lord, this guy can KILL IT on vocals. We shall see you again, sir on March 7, 2014 when Metal Church comes through Pittsburgh and we share the stage with you!"

Joining him on stage, for what Xander described as "Metal Malefeasance" were his XDB bandmates, Mario Brescia, Jeff Morris, Jeff Anzelone, and H. Dan Bozym. Their blistering set included songs from Xander's debut solo album, Guitarcadia, and the new track, "Dancing Through Daggers," as well as covers from Yngwie Malmsteen and Dream Theater. The latter had two members of Ghost of War joining the band for a crowd-pleasing sing-along.

Xander Demos is based in Pittsburgh, PA. A shredder who has performed onstage in James Rivera's (Helstar, Malice) solo band and Sabbath Judas Sabbath, he has recorded with Modern Superstar, Liberty 'N' Justice and Ged Rylands' Rage Of Angels, among others. XDB recently performed at Skull Fest in Nebraska and Wolf Fest in Denver, Colorado. For more information, visit www.xanderdemos.com.