Ily Mark: Pro Series - Dimitar Nalbantov,Fountainhead were my musical influences on this album

Ily Mark was exposed to the arts(Music, Painting, Theater) during his younger years and received the "Artist of the Year" award when he graduated in middle school. He finished with a Fine Arts degree in Industrial Design and now he is a Creative Director in media (Music, Design Strategy, Video) productions. He is also a sessionist (guitarist, percussionist, vocals, arranging, composing, recording, mixing, music director and producer) for different artist/bands/indie/local record labels in Singapore, New Zealand, Australia and in the Philippines.

Ily Mark performed in concerts and won competitions in Italy, Czech Republic, Germany, and China when he was with the Manila Chamber Singers(2004-2007). With these experiences, Ily Mark's art is always served in a creative special way. It can be heard and seen in his music and during his performances.

One of his goals is to continue to build and inspire people using the various tools made available through the arts hoping that it will make a mark that would last a lifetime.

How long did it take you to record the album?

7-8 months. Since I record at my home studio, there were breaks and the timing for the tracking and mixing were flexible. 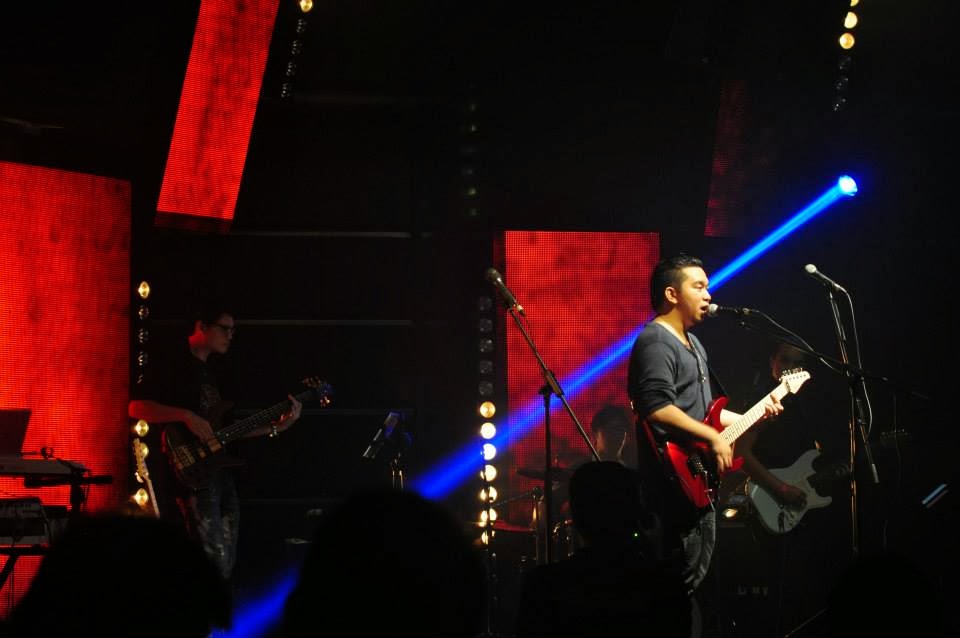 How did you know when you had finished the album?

By completing the songs that fits the overall concept/theme and objective of the album. It was a dream 2 years ago and I have recorded conceptual tracks since then until recording. October 2012 was the commencement of tracking and was then it was finished and released online on May 2013.

How do you know when a track is finished?

When the overall sound felt right. Before the actual tracking phase, I already had 12 songs in line. But during the process I omitted (but did not throw away) 5 tracks and added 2 new tracks in the end. It's a process (writing from the concept to the final track) that I really love and I had fun doing. 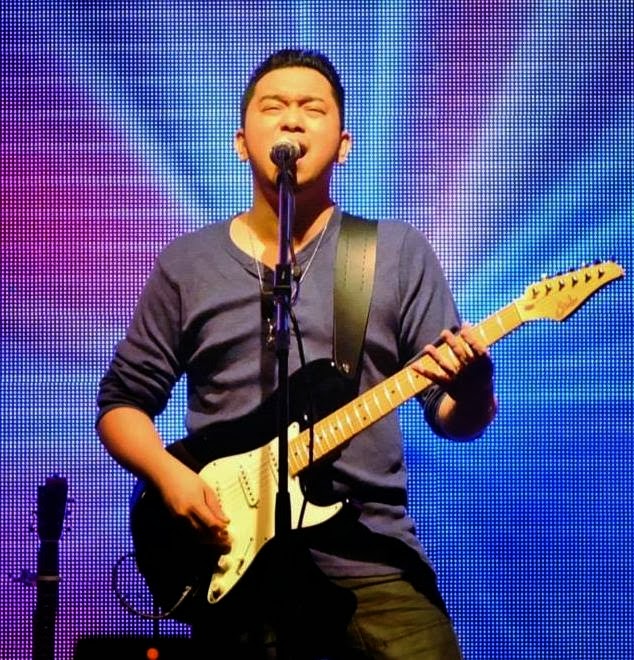 How do you decide what is going into a track and how do you name it?

I somehow have a picture of how the album would sound like by coming up with a theme and concept. I approached a track as if I was making a sound track for a movie.

With that in mind, wanna make sure that the atmosphere that is being released through the songs fits the theme and the title. The album has a story line, the tracks/songs has a story behind it.

Making sure the tracks help out ushering the listener from the start of the journey to finish(hopefully they get it). The process of making a track sometimes starts off with a riff, chord pattern, a melodic line, lyric line, a theme in mind, drum pattern, rhythmic patterns and sometimes I record my voice beatboxing trying to dictate the sound ideas of what I have in mind. 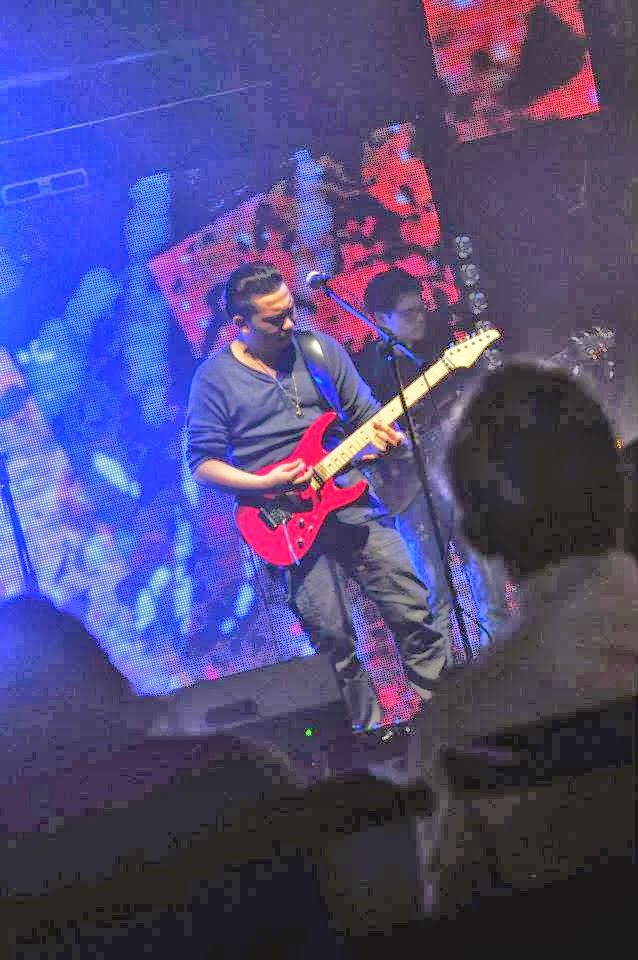 What equipment did you use in the studio?

I use logic pro, IR Cabs, Amplitube, Steven Slate Drums, M-Audio Key rig 49, Apogee one, Rode NT-1 and M-Audio microphone. Yamaha HS50 and Extreme Isolation Headphones for tracking and mixing. I used my Suhr modern, Suhr Classic strat, ColeClark FL-1AC, OLP bass as my main guitars to record. I have guest bassists who recorded for some tracks, they used Sadowsky, Clover Apeiron, Ken Smith BSR5GN and an Avalon U5.

How did you record the drums for the album?

50 percent of the drum tracks I created using my M-audio Key Rig using Steven Slate Drums platinum as my plugin. I first recorded the kick and snare, then the hi hats, cymbals, ride and lastly, the fill ins. For the rest of the tracks, I got friends (real drummers) who played in the album.

Do you approach an album as though it is you meister work?

Yes, I do consider that when I do produce / make an album, I make sure I give my best and focus on just doing that even to the extent of pushing myself to the limits. I loved the process because I get to learn and explore a lot of things during this phase.

When the album is done how do you feel about it?

I'm happy and thankful I finished. Although when listening to some tracks there will always be "I should have / could have done this, or improved on this, etc." But yeah, I had to decide otherwise it could go on and on and end up not finishing. I really seek to improve on the next ones. But so far I'd say I did my best on this album.

Did you have a budget for the album?

I have a very minimal budget a lotted for my album. Most of the percentage went to the production of physical album, printing, packaging and the actual live album launch. 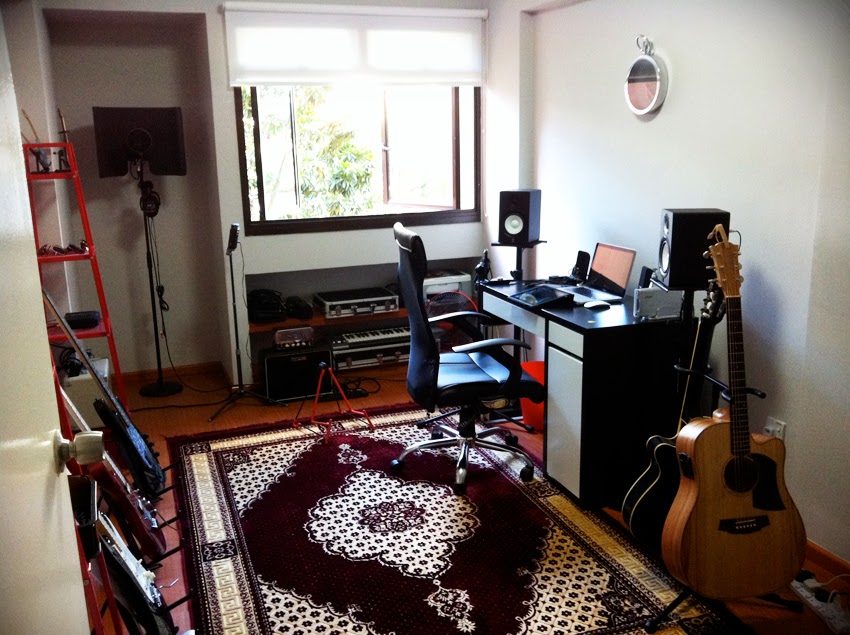 How did you go about your promotion strategy?

Yes I did have some strategy. Utilized social media, communities and organizations I'm involved in online and offline. Focused on marketing through design and media production. Getting the word out in all possible platforms in social networks. I did gig two to three times before the launch and used it to promote the album.


How did you decide what the album title and design would be?

The title was something that I've thought of 2 years ago and I stuck with that as my main theme.

Since my profession is in the field of fine arts - advertising, marketing and branding, it helped me cover everything that has to be done in this area. 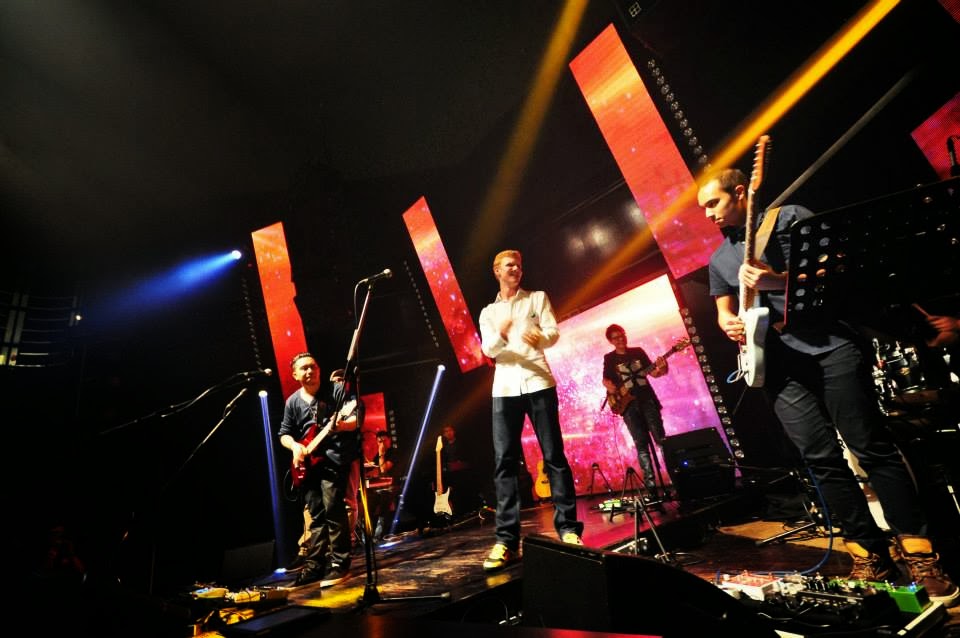 What were your musical influences on this album?

Dimitar Nalbantov, inspired me as I like how he does his recordings and his albums, recording them at his studio by himself. Fountainhead, his stuff is so creative, I was encouraged to be true to myself in creating music. Chris Bowater and Eunice Barruel who encouraged me to release my own sound. Aside from my influences in music, these great guys pretty much inspired me to finish the album.