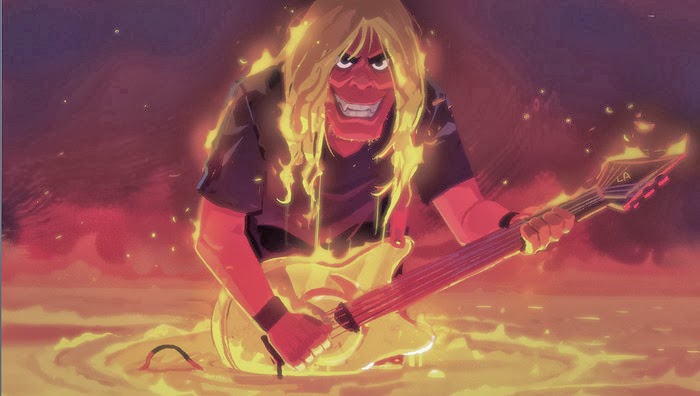 
Combining the incredible talents of Eisner-award winning artist JUANJO GUARNIDO and the face-meltingly awesome sounds of FREAK KITCHEN, we’re creating a new animated music video set to premiere at the SAN DIEGO COMIC CON. And we need your help.
Tell me more about the video! The video is a passion project, designed and spearheaded by Juanjo Guarnido, whose long-time love of Freak Kitchen made a collaboration inevitable. We've assembled an amazing team, including animators whose credentials range from Dreamworks to Disney and a brilliant 3-D studio, Fortiche Prod, and we're working hard on storyboarding and character design. Once we have the funds to go full steam ahead, we'll be able to create something truly special.
Who is Juanjo Guarnido? Juanjo Guarnido is the celebrated artist behind the noir comic book series, BLACKSAD, for which he has won three Eisners, three Harvey Awards, three Angoulême Awards, and many other prizes from the most important European comic Conventions. A former Disney animator (The Hunchback of Notre-Dame, Hercules, Tarzan, Atlantis), he brings a wealth of knowledge, skill and passion to this project. Though it goes without saying, he's also FreaK Kitchen's number one fan. 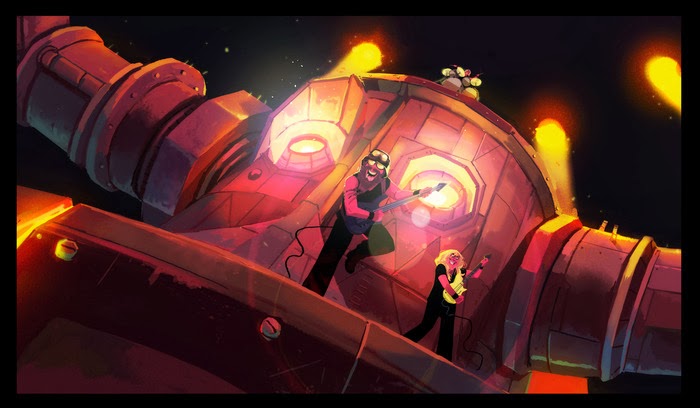 What about Freak Kitchen? Freak Kitchen are a Swedish metal band whose politically-charged, often satirical rock anthems have seen them achieve international success. Formed in 1992 and now composed of founding member Mattias "IA" Eklundh on voice and guitar, Christer Orteförs on bass and Björn Fryklund on drums, their sound is as unique as their aesthetic, creating the perfect canvas for Guarnido's art.
What is Fortiche Prod?  Fortiche Prod is a Paris-based studio specializing in animation and visual effects. While very attached to traditional animation, the company is constantly seeking new looks and to explore new ways to produce quality images. Fortiche Prod has already collaborated with other renowned directors such as Mark Osborne (Kung Fu Panda) and Jamie Hewlett (Gorillaz), among others.
Where does my money go? The money will be used to pay talented and experienced artists, assistants and our production team for the next 4-5 months, buy enough coffee to sustain us all, rent or purchase the hardware and software for the project and, finally, support the promotion of the movie outside of the web (Comic-con, Film Festivals and other conventions). We realize that animation projects like this generally cost up to twice as much as we're asking but we've got an enthusiastic and dedicated team and a great roster of industrial partners and friends who are helping us keep costs down without compromising on style.