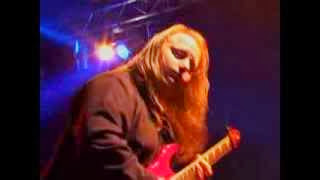 Marcel Coenen is a Dutch guitarist, well known from his bands Sun Caged and Godscum and his coverbands, but also from projects and guest appearances in bands like Carthagods, Channel Zero, Christmas Metal Symphony and The Phoenix Project.

Marcel Coenen & Friends is a band around the Dutch guitarist, playing mainly songs from his solo releases and some other cover songs and special surprises.

A live DVD of Marcel Coenen & Friends has been released in 2006 when Marcel released his second solo album "Colour Journey". This album contained instrumental songs but also vocal songs.

The live band contains some of the musicians that worked with Marcel on this DVD and album and also some new faces.

The band members are: