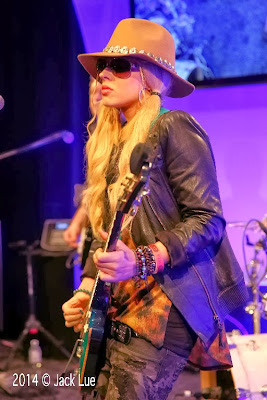 Orianthi Panagaris (born 22 January 1985), better known by her mononym Orianthi, is an Australian musician, singer-songwriter and guitarist. She is perhaps best known for being Michael Jackson's lead guitarist for his ill-fated This Is Itconcert series, and as the lead guitarist in Alice Cooper's live band. Her debut single "According to You" peaked at No. 3 in Japan, No. 8 in Australia and No. 17 in the US; her second album, Believe, received a worldwide release in late 2009. In 2009, Orianthi was named one of the 12 Greatest Female Electric Guitarists by Elle magazine.[3] She also won the award as "Breakthrough Guitarist of the Year" 2010 by Guitar International magazine. 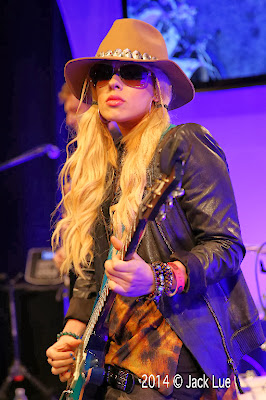 Jack Lue is a pro photographer and can be found on Facebook https://www.facebook.com/jack.lue All rights to images remain with Jack Lue and any posting requires appropriate attribution
Full series 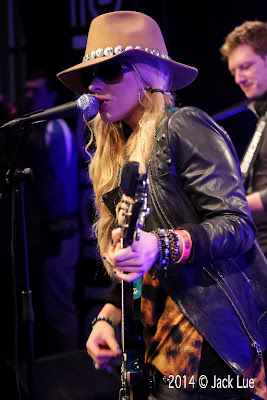