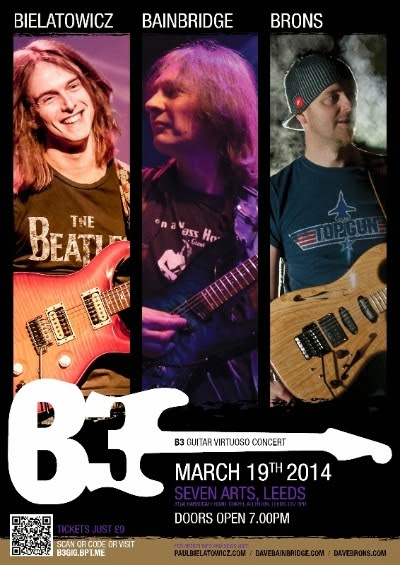 Sales of the tickets are going well. Thanks to everyone who has been promoting the gig and buying tickets.

The gig is next wednesday but its still not too late to book a ticket or invite a friend. Here is the link http://b3gig.bpt.me

A Recent addition to the gig: We are privileged to have one of the most exciting guitar players in the world dropping by to jam on a few songs at the gig. Tom Quayle, is respected as a performer and teacher. http://www.youtube.com/watch?v=DjmZWN4J_I8

We have been working hard to bring you a really cool gig, and last week I had RSI (repetetive strain injury) so after a week of no playing, I've made a full recovery and we are ready to pull out all the stops!

I also have someone working on videos and projection for the gig, so it will be pretty atmospheric!

I've been getting some nice messages about this one. A lot of people have been saying that it moved them to tears... hopefully in a good way ha ha!

For some reason its not gone through to itunes yet... a bit annoying but you can still buy it on my website http://www.davebrons.com. or listen to it here http://www.cdbaby.com/cd/davebrons3