Allan Holdsworth: getting back to the road - my personal best wishes to the maestro! 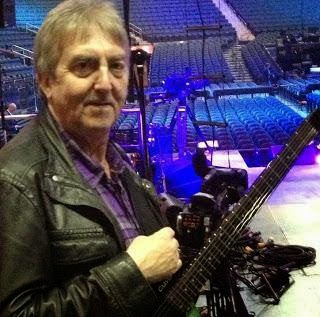 So very happy to hear this news! God bless you sir!

(from Nardini) Hello everybody! Very soon some live dates in mid August and late August/early September for Allan Holdsworth and his band featuring Jimmy Haslip on bass and Virgil Donati on drums to be announced for the following cities ONLY: Phoenix AZ, Mexicali BC Mexico, San Diego CA, San Juan Capistrano CA, Santa Cruz CA, Modesto CA, Sacramento CA, San Francisco CA and Oakland CA. No other dates of this line up will be booked except what will be announced early next week.
More dates of Allan's band featuring Jimmy Haslip on bass and Gary Husband on drums will be announced for the tour between September 17 (3x City of New York, 2x Chicago IL, and ONLY 4 more in NJ, CT and PA, and then 3 gigs in Japan (possibly 4) and 1 big festival in South Korea.
This year, Allan will not perform anywhere else in the USA (except what is announced), Canada and Europe and we ask all fans to be patient and the next year Allan will tour everywhere in the world.
Allan Holdsworth