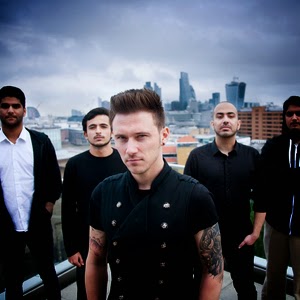 Dear fans, followers, well wishers and loved ones – as those of you familiar with us already know, we are Skyharbor, a motley bunch of musicians from across three different continents who make big expansive progressive sounds.

It’s been a crazy ride over the last four years. From being nothing more than a few messy Cubase files we had somehow formed a real band over the internet, been invited to be main support to Lamb of God, recorded and released our debut album worldwide, headlined a tour in the UK where we sold out London, and we’re playing Download Festival in June 2014 as our 14th ever show (yup…. crazy). And now, we’re in the process of recording a new album which we’re incredibly proud of and want to make the best possible product we can put out. This includes the production, presentation, packaging, videos, artwork, and all of the things which greatly depend not on our own creative prowess but unfortunately on that troublesome thing called money.

Our goals are very simple. We want the album to sound as good as it can possibly be, and we will be working with the legendary Forrester Savell (Karnivool, Dead Letter Circus, The Butterfly Effect) who will be mixing the album. We also hope to create a beautiful, epic animated music video for the album, for which we have approached the brilliant animator Jess Cope (Steven Wilson, Devin Townsend, Storm Corrosion) to do a very special video with a beautiful story for us. Just imagining the final products with the touches of genius from these people on it makes us incredibly excited, and we know and sincerely believe that our fans will receive something to be cherished fondly for a long time.

Five months ago, we posted out from our Facebook page that we were very hesitant to approach the idea of a Pledge campaign, as we felt it was something like asking for handouts. We obviously hadn't been paying much attention, because we received an overwhelmingly positive response towards crowd funding the album, and most of you strongly encouraged us to do it. Which got us thinking again – maybe all our visions for the album don’t have to be a pipe dream – because if you guys are willing to be a part of the creation, then there’s literally nothing to stop us!