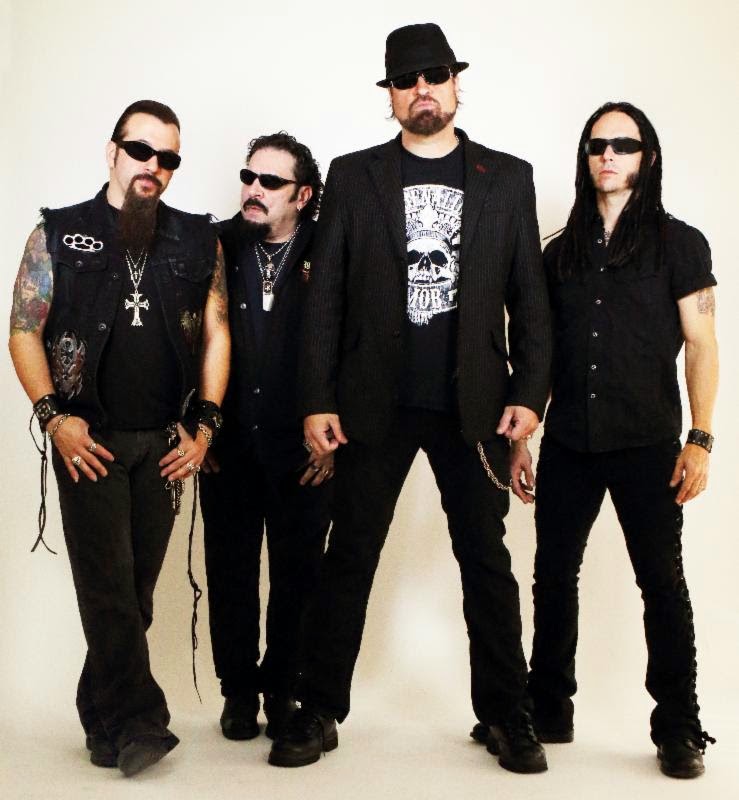 Yesterday on the I-93 in New Hampshire on the way to Quebec City for their show with Avenged Sevenfold and Hellyeah the members and crew from ADRENALINE MOB suffered a near fatal car crash. The accident destroyed the band's gear and their van. Fortunately, everyone survived and the injuries are temporary.

At this point the band is forced to cancel the tour and return home to recover and rest. Remaining shows were with Avenged Sevenfold and Hellyeah as well as headlining shows up until June 8.

The band band made this statement on their Facebook page:

We are sad to announce that the band has been in a serious accident yesterday traveling to Canada on the current A7X/Hellyeah Tour. The band & crew are pretty beat up but by the grace of God there's no serious injuries & everyone is ok. Unfortunately the trailer flipped & equipment has been destroyed but they are figuring out the next move in hopes to continue on. Thank you all so much for your kind thoughts & prayers!!!"

We will keep you posted on any developments and re-scheduling.
Mike Orlando