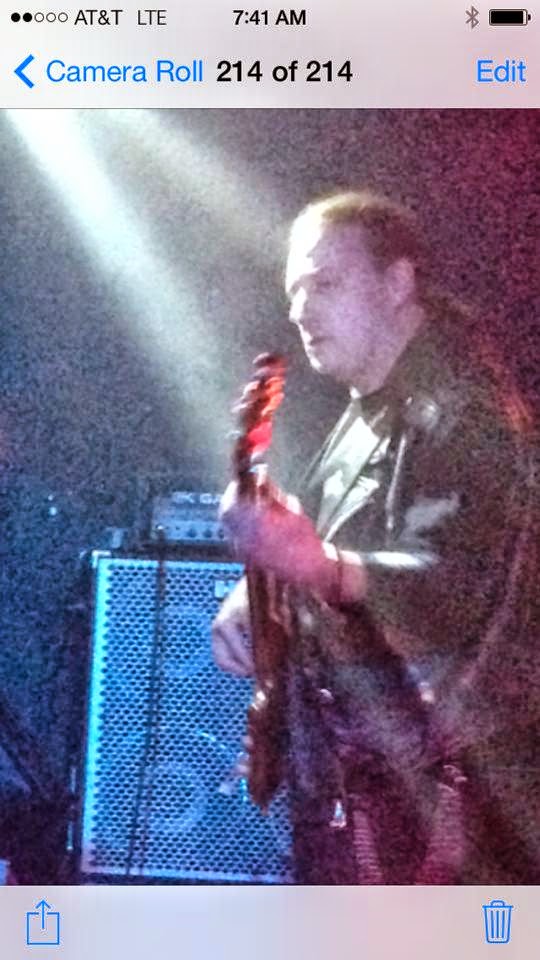 David Mercado
Please join me in celebrating the life of the late, great Randy Coven. My thoughts & prayers go out to his family, friends, colleagues & fans. There has been an outpouring of support since his untimely passing yesterday & while I'm finding it difficult to find the right words & deeds, we should all take solace knowing that Randy will live forever through his musical legacy . God Bless you Randy!!! It was an honor & a privilege ...until we meet again.

Randy Coven, who toured and recorded with artists including Yngwie Malmsteen and Steve Vai, passed away on May 20th of undisclosed causes. He was 54.

Alex Masi
despite all my hopes of it not being true it appears that my friend, the amazing bassist with whom i've recorded and played live, the great RANDY COVEN has passed away. he was one of the funniest guys i know and, of course, a bass player any band can only dream of having. the MCM albums i've done with randy and macaluso are and will remain highlights in my career and milestones in the rock fusion discography. 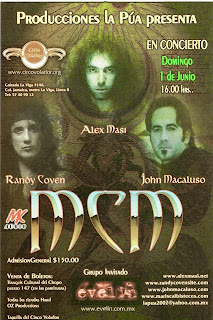 I will always remember the days/nights spent here at my place with randy recording, laughing, drinking and the gigs we played where RANDY sounded like an orchestra making me and john feel like we had no limitations. i will miss you my friend...the world will miss this amazing musician.

i will always be thankful for having had the honor of working and spending time with randy coven. this is just a taste of what he was capable of...

Randy Jackson (@Randy_Zebra)
Randy Coven and I worked together many times and his death is a shock to all who knew him. Rest in Peace my... http://t.co/xQ0BCIinMW

Lion Music ‏@LionMusic 1h
We are very sorry to announce that bass virtuoso Randy Coven has passed away. He will be missed deeply. Will spin the 2 MCM albums today!


Michael Harris
Rest in Peace my friend & bassist extraordinaire, Randy Coven. We did a couple of extremely challenging Vitalij Kuprij records together with John Macaluso on drums - here's a rare shot of us. My sympathies to friends and family. 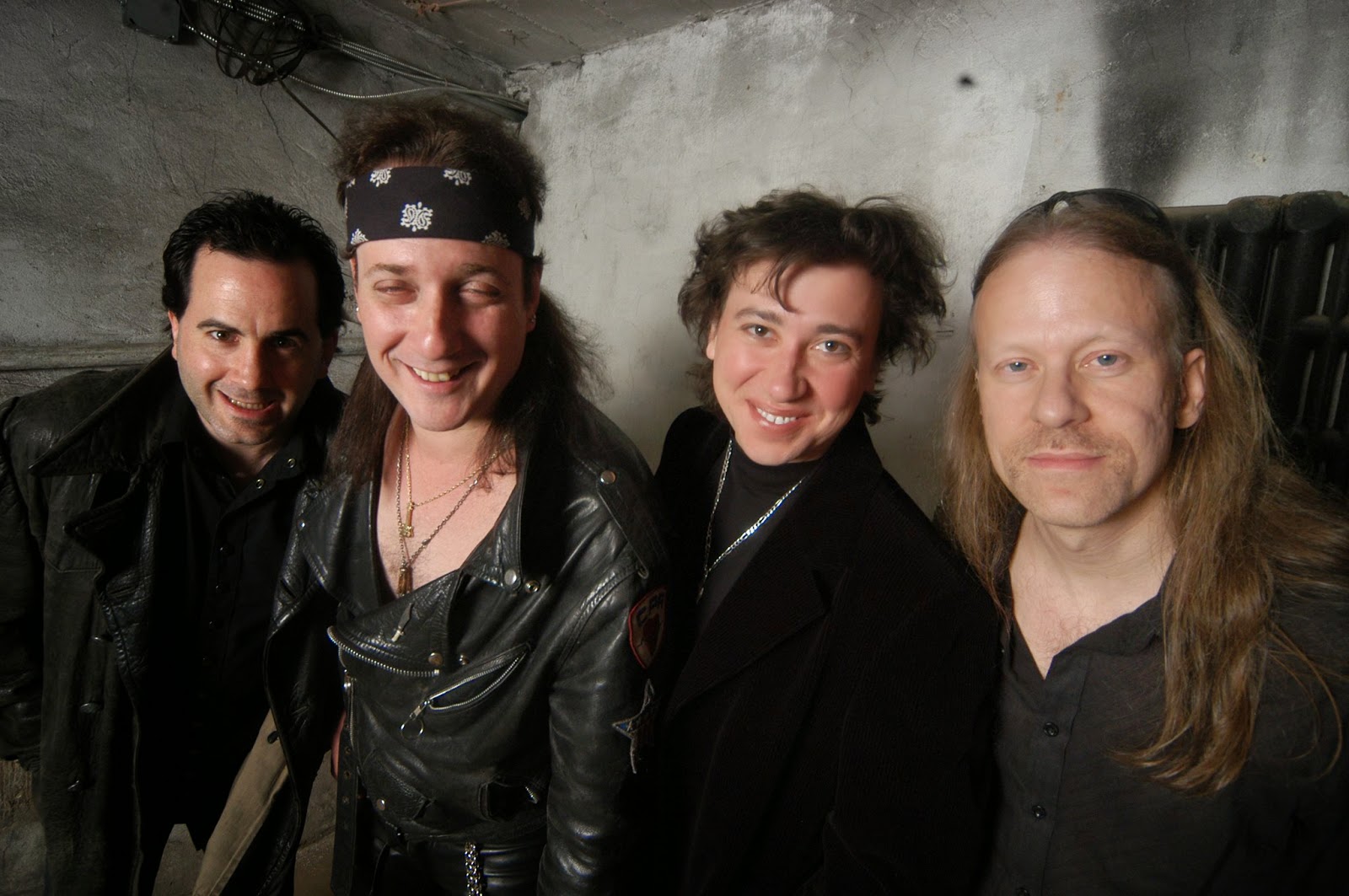 Rest in Peace, Randy Coven 1960-2014.
My brother introduced me to Randy Coven's amazing bass work in the early 90s. Anyone who read his columns in "Guitar For The Practicing Musician", saw his instructional videos, or listened to classic albums like "Sammy says Ouch" and "Funk Me Tender" can attest to his talents.

In 1999, I interviewed Randy Coven at the time he had joined Yngwie Malmsteen's touring band. He was a generous and funny guy. We kept in touch and eventually when my album "The Master Plan" came out in 2002, he raved about it and even called Steve Vai about it apparently. The year before that, I was in Japan talking to distributors about TMP and both Randy and my friend Mark Boals were there with Yngwie so I caught them on a few shows. On stage, Randy would joke with the other members like a rowdy school kid trying to dodge the teacher's stern glare. During Black Star, he used to walk off stage and then Mark would appear playing his bass for the rest of the song (people don't know that Mark is also a fine bass player and not just an amazing singer).


Backstage after the last show, Randy gave me the biggest hug I've ever had from another dude, took me around and introduced me to everyone I didn't already know. Whilst talking to me, I noticed him carrying a huge resealable plastic bag. Randy then walked up to the backstage food area and started loading up on the spaghetti bolognaise provided for the band. The life of a road dog I guess, but I couldn't help laughing at how matter-of-factly he did this, and how much food he was shoving into that thing.

Fast forward a few minutes, I'm talking to Mats Olausson and there's word from April Malmsteen that the record company is taking everyone out to dinner to celebrate the end of the tour. Without warning, out of the corner of my eye I catch a flying bag of spaghetti go splat on a nearby wall. Leftovers no longer required!!! We piss ourselves laughing and clear out before trouble arrives.

I regret that I hadn't been in touch with Randy for I guess a decade now, but he's still been my most fun muso meeting experience. A brilliant musician as you can see in the clip, but a hilarious rock-n-roll dude too.

Anthony Savares
Article on Randy Coven's passing, had the pleasure of working with him the past 3 years, he will be missed http://teamrock.com/news/2014-05-22/randy-coven-dead-at-54 …

Phil X ‏@TheRealPhilX
sad to hear about an old friend who recently passed away. RIP Randy Coven. happy to remember you like this, buddy: http://youtu.be/gwMUsew_ZkI

Maestro Mistheria
Sad and terrible! I've been in touch with Randy supposing to have him recording on my Dragon Fire album. Life can give and take in a second. R.I.P. Randy

Alberto Rigoni  He was one of my favorite bass player ever. I'm shocked. What happened? may the angels protect him.

This is dedicated to the great bassist Randy Coven (Ark, Steve Vai, Malmsteen) who sadly passed away on May 20th 2014. RIP Randy, you'll always inspire my playing! "Corruption" features me on bass, Simone Mularoni (DGM) on guitars, Federico Solazzo on keyboards and Denis Novello on drums.

Franck Hermanny
So sad to hear about Randy Coven...He was one of my favorite bass players in the 90's...i transcribed a lot of his work from his 2 first (great) albums... R.I.P Randy.

Steve Di Giorgio Another master is gone.
Randy Coven was one of the kings and this album alone influenced me so much.
SDG http://t.co/xa1O5X87zN

Neal Nagaoka
So sad to hear about Randy Coven. RIP