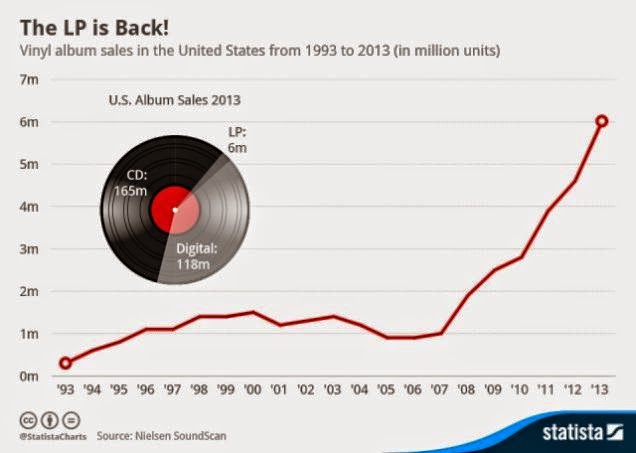 Last week, Nielsen Soundscan released its mid-year report, and once again, album sales were in the gutter, down 14.9 percent from the year before. Vinyl, though, keeps plugging upwards, with sales growing 40 percent to 4 million units. Even as our media is increasingly intangible, there's a subset of people that just can't get enough of the LP.
Not surprisingly, on-demand streaming audio from the likes of Spotify was up 42 percent. Whatis surprising is that vinyl is growing at the same rate as on-demand streaming, even if the two exist on vastly different scales. In fact, the country's biggest vinyl factory has had to invest in a huge new warehouse and 16 new presses just to keep pace with demand.

For those of a younger disposition... this is what an album looks like :P 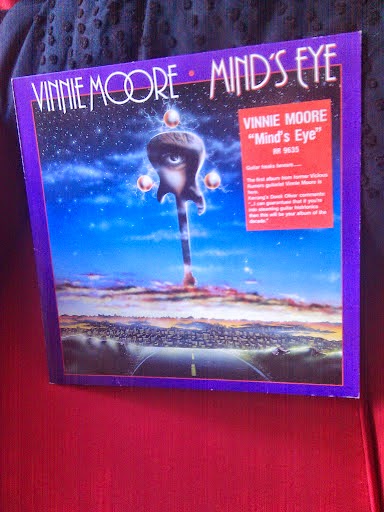 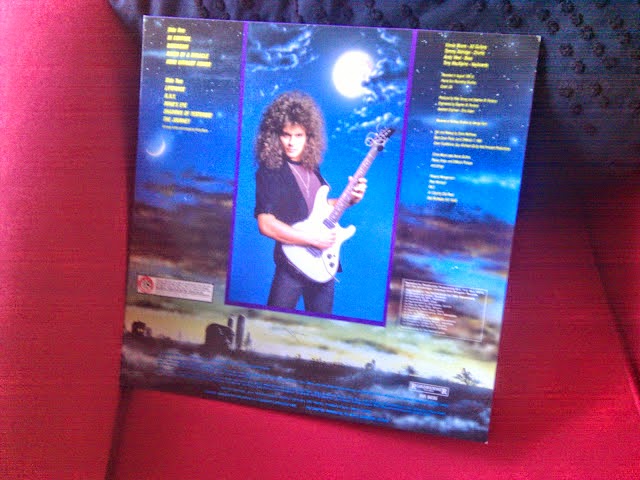 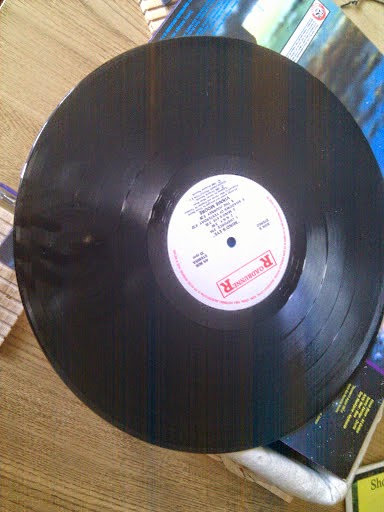 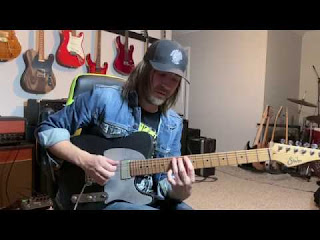