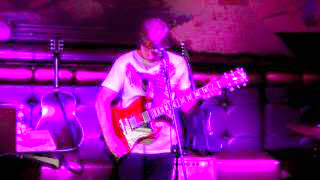 Yes, he is incredibly talented, and yes, you can see him most every week at Salvage Bar - why you don't, Ill never understand.


Rafael appears in downtown Los Angeles offering a rare close-up experience with the guitarist behind NBC's "The Voice" - CBS' "Rockstar: Supernova" and having performed and recorded with such fellow legends as Paul Stanley (KISS), Steven Tyler (Aerosmith), Pink, Don Felder (Eagles) and on nearly as many shows as Kenny Aronoff!!!

A class act and a superior guitarist, tho video is a good opportunity to enjoy some loose jazzy arrangements played off the cuff on a weeknight in Los Angeles.

Amazing stuff Rafe - many thanks!!