Xander Demos: music is being featured in the new Facebook game 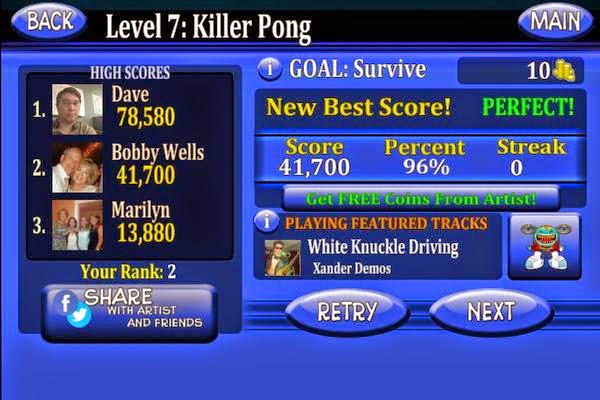 Xander Demos' music is being featured in the new Facebook game application, "Music Monsters." The app launched on August 29, 2014, for iOS mobile devices, with Android and desktop apps launching in the coming months.

Bobby Wells of Music Powered Games explained how the interactive game can help participating musicians earn money and find new fans: "When your fans play, they can also SHARE their scores to challenge their Friends and Followers. People can play the first 10 levels of your game for free. If they purchase your song on iTunes, the game rewards them with 50 game coins that they can use to unlock 5 more levels. If they already own the song on their device, they will also be rewarded with the 50 coins."

"In this day and age of streaming and sharing, it has become more and more critical to think outside the box and find new channels of revenue for our artists," said Michael Stover of MTS Management Group. "Facebook game apps, like Candy Crush, Farmville, A Better World and others have become so popular, so when we were approached to have Xander involved with "Music Monsters," it was a no-brainer. This is the perfect vessel to bring Xander's music to a whole new audience of gamers."