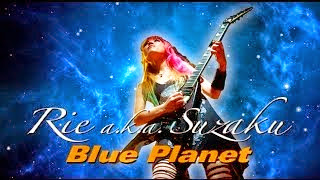 Hi, I'm Rie, a female guitarist from Japan. Currently, I'm doing concerts mainly at Tokyo. Also, I compose my own music and lyrics. In 2010, I made my debut with mini-album titled "Messiah" then in 2011, 2nd mini "Mother Earth" was released. And in 2012, 3rd mini "Dreaming Eyes" brought me two domestic tours!
These titles are now available on iTunes as well.