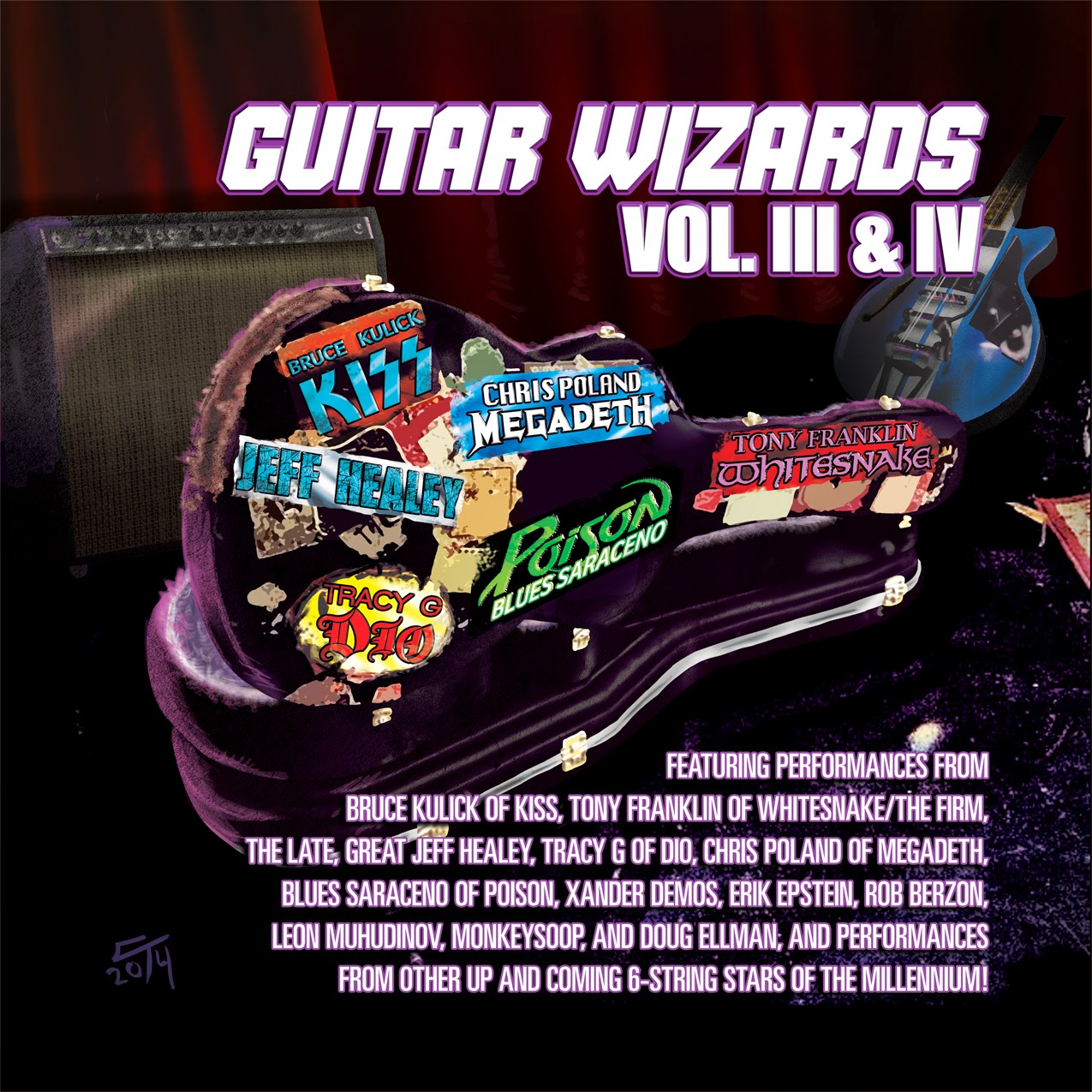 Versailles Records has revealed the artwork for Guitar Wizards Vol. III and IV. The compilation will see digital release by Christmas, physical release in February 2015.

"We're very honored to have Xander Demos featured on the cover, alongside some of the most incredible guitar players in rock and metal," said Demos' manager, Michael Stover of MTS Management Group. "This compilation has been a long time in the making, and we're very excited for it to finally be coming out. It's sure to be a huge success!"

Xander Demos and his band, XDB (renamed Raxus Prime) contributed the track, "Dancing Through Daggers," which was to be the first single from their debut album. The track was mixed by JK Northrup (King Kobra/XYZ). Xander will also be contributing an all-star track to the Versailles Records Queen tribute album, also scheduled for 2015 release.
Blues Saraceno Chris Poland Xander Demos