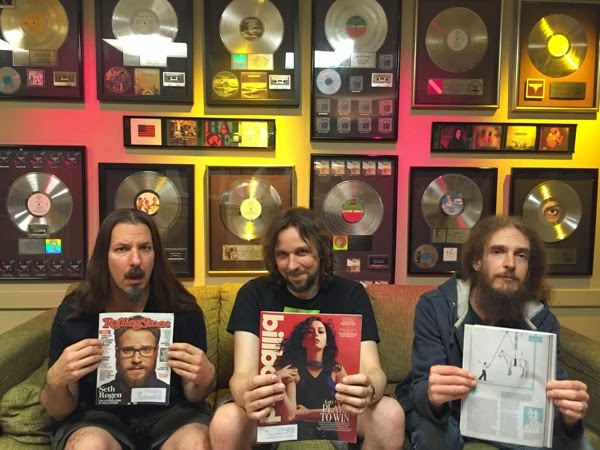 This is Bryan here, poking my head up to give you a little report on how our tracking for the new album went.

In case you didn't know. Guthrie, Marco and I just spent 10 days tracking a new record at the legendary Sunset Sound studio in Hollywood, CA. I am here to tell you that it was by far the most rewarding recording experience we've ever had as a band. Led Zeppelin (parts of II, IV), Van Halen (Fair Warning), Rage Against The Machine (The Battle Of Los Angeles), and a thousand other huge acts have tracked in the room we were in (Studio 2), and every day we were there, we uncovered another layer of its awesomeness and found another reason why the room was so great. The combination of great vintage gear, the famous reverb chambers (the ones that were used for the early Van Halen albums), and the room sound in the main tracking room all contributed to an environment that encouraged maximum creativity and made us sad to leave. 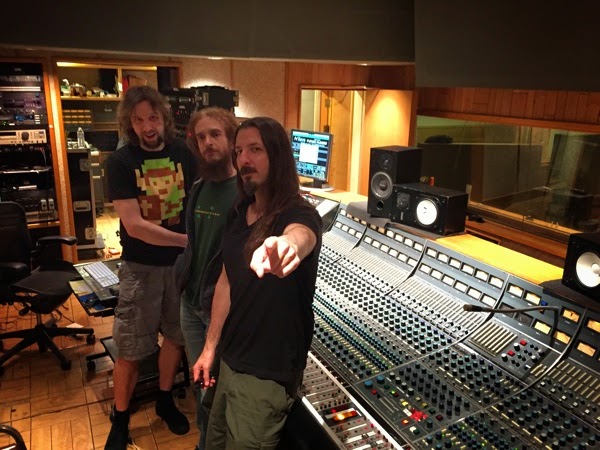 We were all pushing each other to try new things, and we all went for broke in terms of layering the recordings to our heart's content. The result is a totally new direction for the band, while still retaining our true Aristocratic nature. I personally can't believe how good the rough mixes sound...and as for the material, it's like nothing we've ever done. We all feel like giddy schoolchildren right now, and we can't wait to share this record with you. It's going to come out in late June, and a North America tour will immediately follow. Details coming soon.

One of the reasons the sessions went so well is that we played the material live at Alvas Showroom for four nights in a row before we went into the studio. That was a really great experience - thanks so much to the fans who came out to watch us (nervously!) play our new babies for the first time. Thanks also to Alvas for hosting the event. Here's a couple of pix from Alvas and the studio for your amusement. 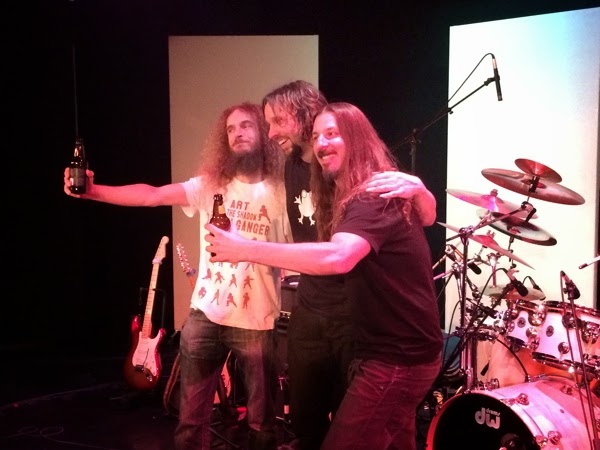 Meanwhile, our new live CD/DVD Culture Clash Live (and the limited-edition Secret Show: Live In Osaka) is now out and available for immediate ordering. Lots of people have been kind enough to tell us they dig it, but none more elegantly than the website Echoes And Dust, who really got the cheekiness of it all and compared us to a "charging rhino in a pink tutu." That's what we call high praise. Click here to check out previews on our YouTube page, or just click here to order. If you've already got it, thanks so much for your support and hope you like it! Special note: We've only got about 130 units of the full-band-signed Secret Show CD's, and when they're gone, they're gone. Just a heads up there.

Don't forget to follow us on Facebook (we're updating daily there with all sorts of behind-the-scenes content) and Twitter (same thing, just shorter, @acratsband) for the latest Aristocratic real-time news. Thanks again for being interested in what we're up to. Now we need to go finish this record. :-)