News: SXSW Visitors Set to Turn it Up at the PRS Shred Shed 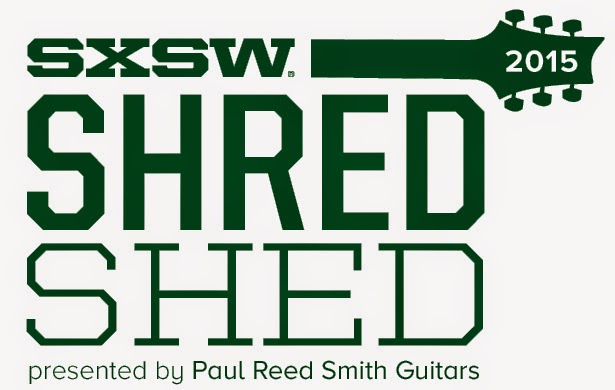 (STEVENSVILLE, MD) February 12, 2015 – For the second consecutive year, PRS Guitars is the official sponsor of the SXSW “Shred Shed,” a large soundproof space at the 2015 SXSW Music Expo. PRS will have the latest guitars, basses and amplifiers available and invites SXSW visitors to walk in the Shred Shed, shut the door and crank up the volume. Located in the Austin Convention Center Exhibit Hall 5, the PRS Shred Shed is also a great place to chat with PRS staff and PRS SXSW showcasing artists while seeing and playing the latest PRS gear.

PRS will be bringing American-made S2 guitars, including the popular S2 Mira Semi-Hollow, S2 Mira, S2 Starla, S2 Singlecut Standard and a new S2 model which will debut at the show. Guitarists will also be able to jam out on the SE 245 Soapbar and the SE A10E acoustic steel string guitar, and bass enthusiasts will be able to play the SE Kestrel and SE Kingfisher 4-string basses. The Shed will also be outfitted with PRS amps, including the Archon, HXDA, and Grissom models.

The PRS Shred Shed will be open from 11am to 6pm, Thursday, March 19 through Saturday, March 21 in the Austin Convention Center, Exhibit Hall 5. For more information please visit: http://www.prsguitars.com/index.php/events/event/sxsw_visitors_come_crank_it_up_at_the_prs_shred_shed

Paul Reed Smith Guitars is a leading manufacturer of high quality instruments in Stevensville, Maryland and has provided some of the world’s most renowned musicians with instruments since 1985. The PRS team of highly skilled craftspeople design and build a wide variety of musical instruments and gear for worldwide distribution, including electric, acoustic, and bass guitars as well as boutique-style guitar amplifiers. The PRS SE line of products complements the Maryland-made PRS line by offering highly approachable and more affordable electric and acoustic guitars and guitar amplifiers. Carlos Santana, Dave Knudson of Minus the Bear, Ian Perkins of Gaslight Anthem, Aaron Marshall of Intervals, Orianthi, John Hyatt, Mark Holcomb and Spencer Sotelo of Periphery, Dustie Waring of Between the Buried and Me, Zach Myers of Shinedown are among the artists currently playing PRS instruments and/or amplifiers.