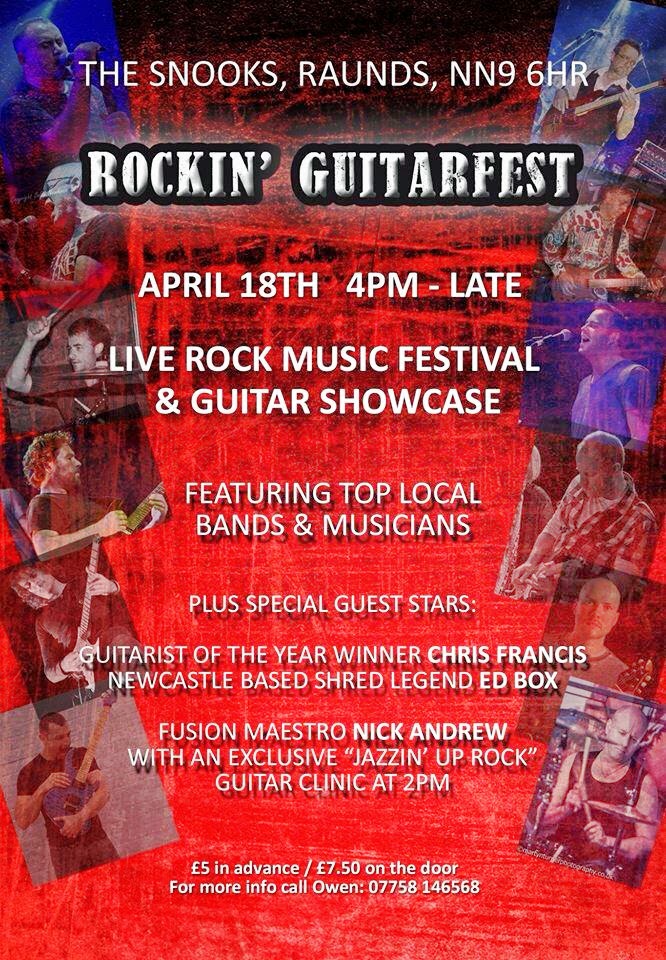 I'm performing a masterclass in a place I don't know how to pronounce, but should be jolly good fun.
I'll be demonstrating how to play jazz stuff over rock stuff, the type of things that one would play in a cover band.

There's going to be some amazing guitar players performing after like Chris Francis (guitarist of the year winner) and Ed Box (The Satriani of the north).

Come along for some serious guitar playing and a wee beer!