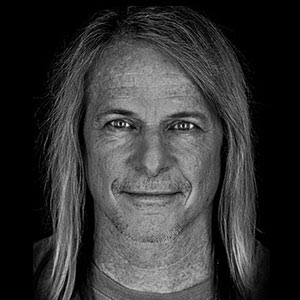 You studied music at the University of Miami. Do you live near Miami now?

No, I’m up in the northern part of the state, more like Georgia. I’ve spent most of my life living in Georgia. My family moved there when I was a kid.

Hence the “dixie” part of the Dixie Dregs?

Yeah, that was actually a joke. We just thought it was funny. We were teenagers at the time; for a teenager, a funny name is much more worthy than one people might be able to remember. [Laughs.]

I understand that you met Rod Morgenstein, the longtime Dixie Dregs’ drummer, at college in Miami while he was studying piano there.

Yeah. I was actually in school to play classical guitar, but since I was a beginner they really didn’t want me. So I got stuck in the jazz department, who didn’t want me [either], but they were a little bit more tolerant; although they didn’t want me playing in the jazz ensembles, they did put me in all the classes. In my improv class, we’d have an assignment like playing over changes, and everybody in the class would have to play, and I thought Rod was really melodic and just different. There was something special about him, and I thought this would be a great guy to do some writing with.
Then it turned out we really needed a drummer, and Hiram Bullock told me Rod was a great drummer. I said, “Are you kidding me? He’s a keyboard player in my improv class.” He said, “Yeah. But you should hear him play drums. He plays drums like a musician.” That’s how it ended up.
Full interview http://www.bossus.com/community/boss_users_group/30071
For the BOSS Tone Radio Podcast, we caught up with Steve at his home in Florida in between a trip to Spain and the start of an upcoming Deep Purple tour. The following is an excerpt from our talk. To listen to the complete conversation, visit the podcast page at BOSS Users Group.
Steve Morse