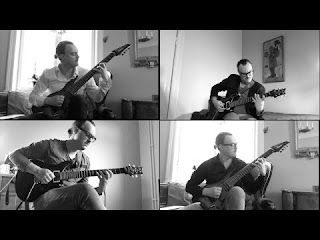 Taken from my debut album "NEOCOLONY", "The Cause" is 7+ minutes of world jazz fusion influences mixed with arena rock tendencies. Originally recorded in 2011, this update includes the addition of 8 string- and acoustic guitars.
Original master by Pelle Fridell.


An arrangement by pianist Kasper Villaume, that kinda evolved a bit. It's in F minor, and there's a sneaky little metric modulation in there as well as some pedal stuff. No theme, straight to solos!