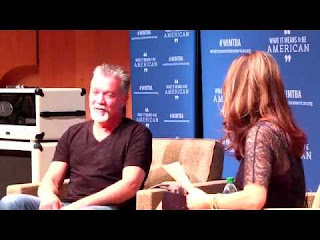 Guitar legend Eddie Van Halen spoke at the Smithsonian National Museum of American History on February 12th, in Washington D.C., about innovation as part of the national "What It Means To Be American" program in a sold-out event.

The institution recognized Van Halen, not only for his particular American journey as a Dutch immigrant, but also for his legacy as a inventor and innovator — someone who single-handedly rewrote not only how guitars are played, but also how they are built.