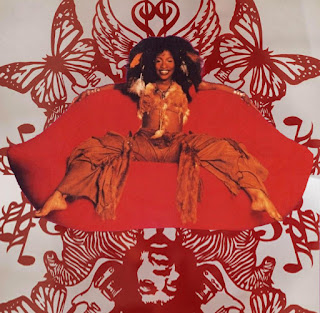 Chaka Khan is one of r&b’s greatest treasures, no matter the time, place or galaxy. Whether you heart Chaka for her Rufus years as the innovative “Queen of Funk” fronting some of the greatest players on the planet, or her years as a solo artist that saw her move over 70 million records worldwide, earning seven gold singles, seven gold albums, three platinum albums, and 10 Grammy Awards with 22 nominations, Chaka Khan has already gone down as one of the greatest entertainers of all time.

And now the Chaka has been nominated for a spot in the Rock & Roll Hall Of Fame, having influenced and worked with rock royalty since stepping onto the scene with Rufus’ “Tell Me Something Good,” which was written by Stevie Wonder. This certified Gold and Grammy award winning recording is in essence a “Riff Rock” anthem using the ‘wawa’ pedal on the clavinet and was among the earliest hits to use the talk box on the guitar. “Tell Me Something Good” marked just the first bullet-point on her titanic resume of collaborative efforts. The list of icons to collaborate with Khan goes on to include Prince, who wrote “I Feel For You” and whom she recorded an entire album with, Steve Winwood who recruited her for soaring vocals on “Higher Love”, Yeskeyboardist Rick Wakeman’s album 1984 and even Robert Palmer whose hit song “Addicted To Love” was originally slated as a Chaka duet. With all that repertoire under her belt, it’s no wonder Khan was ranked #17 on VH1’s original list of the 100 Greatest Women of Rock & Roll.

And so, to the voting masses who question whether she’s, you know, “rock enough,” the answer is unequivocally, yes. Press play to find out just why and then hit the link below to cast your own ballot.

Excuse them while they kiss the sky.  >>>Click Here To Vote