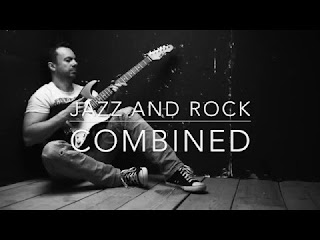 A preview of the album 'String Theory' available here: www.pledgemusic.com/projects/patheath

This is a Jazz / Rock Fusion record that began life as promotional tracks for product demonstrations, and grew into a full length album featuring a soundscape of many different styles of music fused together to create a groundbreaking and hopefully, totally original guitar record!

There are 9 tracks of music, are all guitar based instrumental performances, with Ex Tears for Fears / Adam F drummer – Michael R Bowes on drums. The 9 compositions are composed entirely by Pat and featured orgininally as demos the ESPGuitars.com and GuildGuitars.com websites.

Taking a deep interest in music and science, Pat decided to combine the two and write a experimental record concepts titles around molecular and astro physics concepts, with titles such as; Escape Velocity, Nuclear Fusion, Electromagnetism, and the title track – String Theory. Subsequently, this album should appeal to musicians and music fans who appreciate experimentation!

10% goes to RNLI Lifeboat charity and pledgers will receive exclusive behind the scenes video footage and an additional track in advance of release.