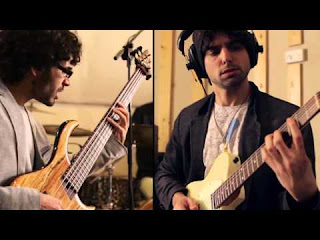 Facebook https://www.facebook.com/sqcband/
Wanna see us play near you? LET US KNOW!  SquareToCheck@Gmail.Com

- It goes without saying that this is top-rate stuff needing to break out of the EP world and into a label like MoonJune, perhaps Music For Nations.
imprint purveying intelligence, class, and cool-ass bravado.
Mark S. Tucker (progdawg / FAME / Veritas Vampirus)
www.truthinshredding.com/2016/04/daniel-­­weisssharon-petrover-square-to.html

-
Square To Check is a young progfusion power trio presently taking the EP route in the game but supplementing their short discs with videos that tip in in-the-moment dynamism visually augmenting already highly sterling work. The latest such exposition is a look-see for "Spaghetti Champions"an amusing scenario juxtaposing all the fret-and-skinswork shenanigans As you'll see and hear, the combo's metier is upbeat speedy snazzy jazzy fusion most frequently in rock tempo loaded to the high water mark with chops, complexity, and high spirited intensities crossed between scholasticism and trash-the-textbooks explorations. Should readers be familiar with music history over the last half century, and I know a bunch of ya are, you'll hear elements of Minimum Vital, Durutti Column, Isotope, even a little Flash, backchecked Holdsworth, tons of the Euro 70s vanguard, and so on, fingers and drumsticks flying, mucho added keyboards in places, heady fare and then some. 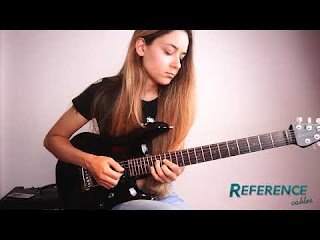