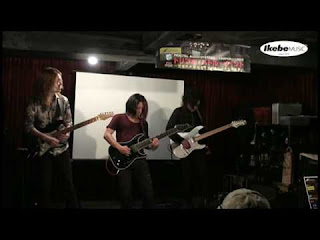 July 9, 2016 (Sunday) was held on, we will introduce some of the pattern of triple Battle event !!!
now, three companies that lead the digital sound processor industry has become a large attention next-generation guitar system "Axe-Fx", "Kemper Profiling but that is the subject of coveted from many players as possible to reach the wearing not frontiers follow the analog full use of digital technology in the contest! tip of the dream in Shinsaibashi Osaka Amp "," Helix ".3 companies aligned with the event is the world's first! to each company, are held demonstration and thorough commentary seminars by professional engineers and guest player, as much as possible the charm of the digital sound processor with thorough dissection! 3 companies using a common reproduction environment, it was to tell an easy-to-understand the differences between each of the personality and sound. Finally, the showdown at the summit by a luxury guest player three events "Axe-Fx × Profiling Amp × Helix Special guitar battle" also unfolds directly below!