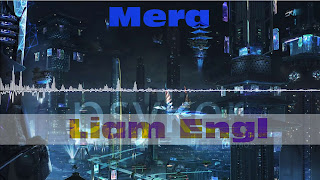 Sharing a new Mera song called Psyker.
There's been a bunch of hurdles in the way of being able to release Coalition in a way I'm happy with, from visa shenanigans, to hard disks dying at inopportune moments. Then my recent and last kind of hail mary attempt with a mixing engineer was a pretty poor experience and didn't yield an end product I could use.
I could have held fire for an indeterminable amount of time until I had the resources to make everything perfect, but as I'm moving into writing for the 4th release it seemed a little ridiculous I still haven't put anything out from the 2nd.

Psyker's a pretty old song, Nano came out in Aug 2015 and the bulk of this song was written in Dec 2015. I've called it a demo version for no other reason than to absolve me of the mix not being at the level I want. But this song did mark a significant improvement in my sound design ability, particularly the post chorus has some synths with some quite complex modulations which interact with each other which I'm pretty fond of.
This version is sans vocals and guitar solo (it has the lead, but not the solo that follows it) as I'd like to keep them for the main version of the song.
So depending on how things go over the next year I will hopefully just be able to drop a finished release, or if life just isn't going my way there's nothing stopping me from putting out the vocal version of this song - or the next song on Coalition called 'Deceleration Trauma' (which btw is significantly more spiffy than this one). We'll just have to see what happens!
Also available for free download from https://mera.bandcamp.com/