Fragile Machine by Every Hour Kills 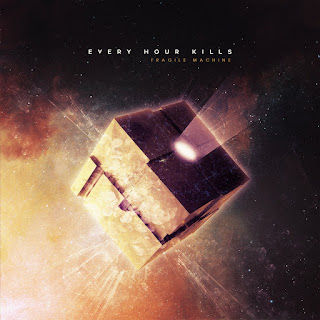 about
The new EP titled 'Fragile Machine' to be released on July 6th 2018, explores the questions of what comes next in human evolution. What does it mean to be a human, if consciousness can be stored in a machine?

The artwork depicts an enormous server cube floating in space, after the technological singularity, which contains mankind's digitized minds living forever in an infinite dream created from code. The material christened 'Scorecore' by the band, ranges in dynamics and will resonate with fans familiar with heavy weights such as Soilwork, Amaranthe, and In Flames.

Embracing the mentality of a collective art project, the core members ex-Divinity guitarist Alan Sacha Laskow (ENDITOL, the Order of the Gray, Walk As Chaos), bassist Brent Stutsky (ex-Breach of Trust, ex-Death Valley Dolls), along with vocalist Jerrod Maxwell-Lyster (ex-Out of Your Mouth, ex-Autobody, ex-the R.A.C.E.) pulled together an insanely talented cast of collaborators including:


Thank you to everyone who believed in us, supported us, and helped make this happen!
Alan Sacha Laskow Andy James Daniele Gottardo Mattias IA Eklundh Paul Wardingham