Neil Rambaldi: A Call To The Wild Available Worldwide on CD, Download, and Streaming 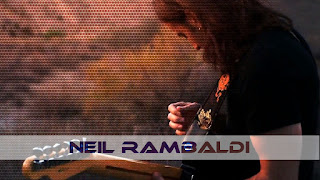 “The Punchline” is From Rambaldi’s Latest Album A Call To The Wild Available Worldwide on CD, Download, and Streaming

Los Angeles, CA, November 5, 2018: On the heels of his highly-acclaimed second solo album A Call To The Wild, genre-crossing virtuoso rock, blues and fusion guitarist, vocalist, and multi-instrumentalist Neil Rambaldi is premiering a new music video for his song “The Punchline” today on all social media platforms and other outlets.

Once voted as a top-10 finalist by guitar legend Steve Vai in the Tonos & Ibanez Guitar Challenge early in his career, Rambaldi has continued to live up to such a title as both a solo artist (with two solo albums under his belt), and as a sideman lead guitarist. His new song “The Punchline” off of his latest album A Call To The Wild is no exception, which is one of 13 mostly-instrumental new tracks produced, written, arranged, performed, and engineered (recording/mixing/mastering) entirely by Neil Rambaldi on all instruments (electric and nylon/steel-string acoustic guitars, bass guitar, keyboards, percussion, and vocals with the exception of some drum programming. The San Francisco-area veteran DJ Don Campau (KKUP 91.5 FM) is calling Neil’s new album one of his “favorite albums of the year.”

The song and video features a moody and mysterious blues rock-based guitar riff, which builds into a thought-provoking melody. A spontaneous "first take" guitar solo follows, where the listener can hear Neil's classic blues and rock virtuoso-influenced passages, culminating into a breakdown solo featuring an array of tap harmonics and string bending that would fool most listeners into thinking Neil used special effects—yet it was only his fingers. About the outro, and the song and video as a whole, Neil has this to say:

“In this recording, I hope to have illustrated the stillness and wide-open landscape of a place like the desert through the tones, textures, riffs, and melodies in my guitar leads and solos. Places like that have inspired much of my music on this album, and that stillness gives us a clear mind for free, conscious thought and inquiry. The subliminal theme of this song is to question everything—not just some things—but everything about our reality. This idea I allude to in the spoken lyrics over the climactic outro of ‘The Punchline.’”

The video was produced and co-directed by Rambaldi, with editing by Rotor Videos and Rambaldi himself. Stock footage was provided by Rotor Videos, and all performance photography was shot and directed by Justin Guarino in the Southern California high desert with Rambaldi.

Promoting the new video and his latest album, Neil currently has both solo full-band trio and solo acoustic tour dates booked in Los Angeles with other dates to follow in the Southwest, West Coast, and Northeast regions. The song setlists will be emphasizing mostly his blues-rock and American roots-based material, as well as his more classical and jazz-influenced acoustic material.

Listeners can purchase “The Punchline” and Neil Rambaldi’s full album A Call To The Wild (released on Neil’s own record label Prismism Music) at all major online retailers and services on CD or download, including CD Baby, Amazon, iTunes, and Google Play, as well as streaming at Spotify, Apple Music, and Tidal, among many others. The CD is also available via special order at many record stores worldwide through the distributor, Alliance Entertainment.

Praise for A Call To The Wild:

· KKUP 91.5 FM (Cupertino, CA, USA) / Radio Marabu 104.8 FM (Osnabrück, Germany): “One of my favorite albums of the year. Great, great stuff all the way through. ...Just as strong as Neil's other releases. Terrific guitarist.”

· ProGGnosis (USA/Canada): “A Call To The Wild is an excellent album—from beginning to end. Highly recommended. Obviously Rambaldi is a great guitar player that can shred with lightning speed, but his emphasis is more on the melody—not just on prowess. References can be made with great Blues Rock guitarists like Joe Bonamassa, Jeff Beck or Stevie Ray Vaughan, but his playing style is quite unique... He even sings (very well). One thing that really got me hooked... Rambaldi inserts a good number of pieces in a ‘Non Blues Rock’ style; Latin Rock, Spanish guitar... Luckily he manages to do this without breaking the general mood of his album. Highly recommended indeed.”

· Sea Of Tranquility (USA): “Rambaldi not only has all the chops, but the songwriting skills to match them every step of the way. Highly recommended. ...Jaw-dropping lead guitar work and musical virtuosity. This guy is a monster player. Very tasty playing. Very emotional playing. ...Great melodies. The songs here contain a wealth of variety, tones, textures, and colors. ...and he knows how to cross different genres and really mix it up a bit. He's a guy that deserves to be heard by the masses.”

· MLWZ (Poland): “...Incredibly talented musician. The individual songs contain an unusual wealth of stylistic diversity, tone, textures and colors. Practically every song has its intriguing melody, which is memorable to the recipient. It is a real feast for the ears for anyone who can appreciate the effective, sometimes even acrobatically played music driven by sounds coming from the six strings of the guitar. Neil Rambaldi is not only an outstanding instrumentalist, but also a talented songwriter. Neil demonstrates a fabulous technique, delighting with his load-bearing riffs played in an almost acrobatic way. I highly recommend.”


A Call To The Wild CDs and downloads for the public can be purchased here: 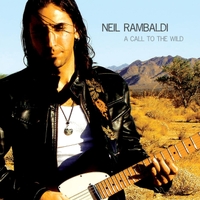 https://www.cdbaby.com/cd/neilrambaldi (& the many other retail and streaming outlets noted above)

More about Neil Rambaldi: Having come a long way from his roots in the NYC metropolitan area of New Jersey to eventually moving to Los Angeles, Neil has continued his musical path which has brought him into many projects as a guitarist (for both sessions and touring), songwriter/composer, and producer. His music as a solo artist has received FM/AM terrestrial airplay in over 15 countries to date, and has been licensed and heard on national and international TV in at least 35 countries for numerous programs, as well as feature films, video games, commercials, and other media including the Wii video game “Dancing With The Stars: We Dance,” AMC TV's “Hollywood Icon,” the feature film “199 Lives: The Travis Pastrana Story,” and many others including productions featured on MTV, AMC TV, National Geographic, and Fuel TV, among others. Furthermore, Neil has either performed, recorded, toured, or shared live dates with the following artists and musicians: Lilian Garcia (Universal Music/WWE); Julio Reyes (Sony Music Latin); Kenny Simmons of The Commodores (Motown); Aaron Kamin of The Calling (RCA); Ty Oliver of Powerman 5000 (Dreamworks Records); Carl Restivo of Tom Morello (Rage Against The Machine); Demian Arriaga of Nick Jonas (Island Records), formerly of Richie Kotzen (Winery Dogs); Chris Reeve of Filter (Reprise Records); Chaley Rose (NBC's Nashville); and Andrew Rollins (Emmy-winning songwriter); among others.