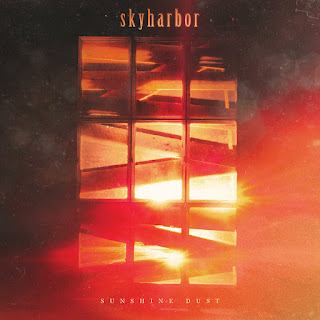 Starting out as a simple studio project by Keshav Dhar, Skyharbor has evolved into one of India’s hottest metal exports, with big props coming in from some of the biggest names in metal worldwide, and a rapidly expanding fan base around the globe as the band brings their unique brand of progressive rock to a new territory every year


about
Sunshine Dust, the band’s nearly four years in the making third full length album, delivers on the atmospheric and emotional promise of their earlier material, with breathtaking tectonic shifts between wall of sound ambiance and groove.


Somewhere between the larger than life anthemic heft of Linkin Park, the esoteric experimentation and brutal fury of the Deftones, the drenched sonic tapestries of Devin Townsend, the uplifting soulful urgency of Incubus, and the nü-metal/prog evolution of Karnivool exists the ethereal plane occupied by SKYHARBOR. It’s a dimension defined by the complex and the sublime, the simple and the severe.

Often within the space of a few notes, SKYHARBOR evokes the essence of the struggle for harmony in all things.The accolades have been swift and decisive, from fans and press alike, including multiple awards from the Indian edition of Rolling Stone (Best Band,
Best Album, Best Song, Best Guitarist, Best Bassist), the Jack Daniels
Awards (Best Metal Band, Best Producer for Dhar), and the Metal Hammer Golden Gods, where they were nominated for Best Global Metal Band.