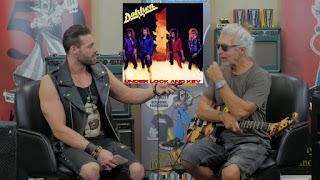 We recently had the pleasure of sitting down with the Shred Legend Supreme, Mr. Scary himself, the Mighty George Lynch, for our season premier of ‘Talking Shred’, now brought you by the Innovators of Wah, Morley Pedals!🎸🔥

On this truly Shredsational Episode of ‘Talking Shred’, George discusses everything from his memories of playing on 1985’s ‘Hear N’ Aid - Stars’ track, to his first run in with The Shepard of Shred, Mike Varney, and he even drops the bomb that DOKKEN & LYNCH MOB will be doing a co-headliner tour! 😱😱😱

💻Make sure to subscribe to our YouTube Channel so you don’t miss all the Shredtacular action and when it comes to your wah, make it a Morley 😎👍🔥