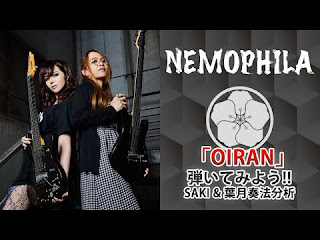 Nemophila is a genus found in the flowering plant family Boraginaceae.

Nemophila are commonly offered for sale for garden cultivation. Generally these are N. menziesii.