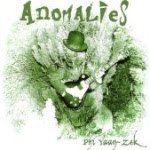 I also had the great pleasure of remeeting long time friend Phi Yaan Zek at the London Guitar show. Phi and I met many years ago via correspondence and two guitar fanzines, gforce and shred power, finally meeeting at the vital inforamtion concert at Brecon jazz...handly caught on video...Uncle Franke Gambale alCaught in the Act.

shred senior gets excited about the solar flare CD. 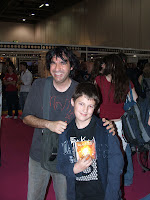 Topics discussed, all too briefly, included his current work schedule. Phi said he's working on a number of releases at the moment, including a straight ahead rock vocal album, and a new double CD, rereleases of older material.(no mention of cosmic monstrositors I'm afraid...) He's just finished some recording work with Mike Kennealy in the US and with the drummer, Andy Edwards, from UK prog band IQ. Look for more information on releases in the third quarter of the year...or sooner If I find ou...Also discussed...along with the comparisons of the new Dr Who with the old Dr Who... were possible liquid note releases...but Matt Williams, also present, said any work is strictly hush hush at the moment...watch this space?...I really must make some more time to talk to Phi and Matt in the coming months!

09-06-2006:
Phi Yaan Zek is currently just finishing off his new tune for The Alchemists 2, called: "The Puffball That Ate My Village". Phi will be joined by Chanan Hanspal.

Phi is also in the process of compiling the other artists on the upcoming release The Alchemists 2. It's a lot of hard work and Liquid Note Records are hoping for a third quarter release. 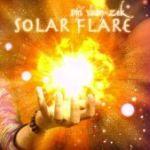 Background:
Phi is a very original player, not your normal shredder. He has an eclectic style which is reflective and passionate. Schooled at the American Institute of Music in Vienna, alongside some of todays most recognised players like Lale Larson, Todd Duane, Wayne Brasel, Conrad Schrenk and Milan Polak.

Phi is currently the resident composer for the forthcoming Wisdom of the Ancients visitor attraction.

He's recorded a number of solo CDs "Worlds Beyond Cause" and "Anomalies". 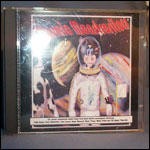 Phi was a featured artist on "Out In The Boonies" from "The Alchemists" (Liquid Note Records 2002).

Check out his web site for a full biography Most of all check out the audio clips from his new album and previous albums.