10-11-2007:
Massimo Izzizzari's CD appears on my recommended list...you must get this CD...check out the vidoe if your in ant doubt about adding this player to your collection.

09-04-2007:
For post Easter music rush check out Massimo Izzizzari as he has added some great live video of him playing with his band at the Kenta Music Club 23/03/07.

At the moment, I am working on the tunes that will be on an instrumental album that I will start to record this summer. I find composing really stimulating, and right now I am going through a really inspiring stage of my life as a composer. I feel very creative at the moment.

Plus an interview on Rock Eyez and a new interview on Metal Express Radio. For a full list of reviews, read his latest blog on his MySpace web site

16-02-2007:
Massimo Izzizzari has added the sizzling cut Television man to his MySpace web site, for fans who have yet to get his new release. Massimo Izzizzari will also be playing "Unstable Balance Live" on March, 23 2007 at Kenta Music Club, Isola del Liri, Frosinone 03036. should be worth going to see.

Since I have joined Rockeyez, I have never given a 5 star to anyone. Yes, I am hypercritical, but there is a first for everything. I am honored to award 5 stars to this incredible musician. Massimo Izzizzari clearly deserves it. I don’t even want to compare him to anybody because he clearly stands out on his own. This is a must buy! 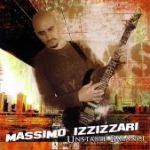 09-01-2007:
Massimo Izzizzari has added a sample tracj, Access Denied, from his new CD, Unstable Balance, on his MySpace web site. 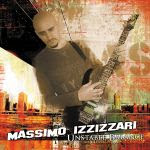 It is an unashamedly purely instrumental album with some funk rock influences and is both melodically rich and technically advanced. This is a shred rock / funk oriented guitar album and combines a variety of other genres including jazz, rock, funk and metal

For fans of the old web site:

Background:
Massimo Izzizzari was in 1973 in Italy. He started guitar at 11 and studied privately for a number of years. He got inot Jazz/Fusion music studying and attending courses at the Lizard school of music in Florence.

He has been in cover bands and a Fusion band Black and Blue and also the lead for a pop rock band Misturafina. As well as giving gutiat lessons.