I've been pretty busy and tied up the whole year. After I posted that youtube vid last year, I've had a ton of work with and without the guitar. Our band released our first album in January, and I've been doing some domoing and co-operation with a finnish guitar company called Amfisound. I've been experimenting with an 8-string guitar with custom tuning tailored for specially for a Metal/Shred/Tapping orientated playing. Amfisound will release some new models this year and I will do some demo vids. In fact, I'm writing some instrumental guitar-shred type songs as I'm writing now. These will be hopefully in the demo videos and I will play that stuff in various clinics and expos. The last 5 years I have been gathering information, practising, researching and developing all sorts of techniques and sub-techniques which I plan to write a book/DVD when the time is right...

Tom has played for a number of bands including Hateform, Scorched Earth Tactics, Katra, Murdread. People may remember Katra as they appeared on Eurovision song contest. His most recent band is Hateform. The band is compiled of long time musicians and friends, as the trio Vähämaa-Suodenjärvi-Laisto has played together for over a decade. Nyström was founded to do the vocals from the very start of the band, and as original guitarist Ville Vänni left to concentrate on his main attraction, Insomnium, Tom Gardiner was recruited to handle the post. Hateform released the album entitled Dominance  which delivers 10 tracks of modern death metal. 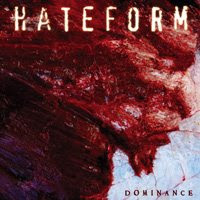