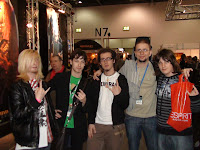 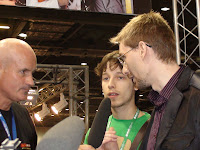 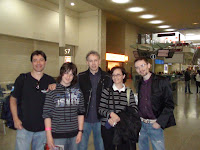 Daniele Gottardo picks a PRS guitar prize in guitar idol
I managed to have lunch with Daniele Gottardo and his family and friends. It was great to meet him again after last years guitar idol final. After lunch he went over to the lick library stand and prepared to play his guitar idol final track live. To prepare Daniele gave everyone a treat by warming up working over some new ideas like behind the nut bends. This guy is awesome, so it's no surprise that Daniele Gottardo just won the guitar idol, Steve Vai prize! I know Daniel will be over the moon and he deserves it!


After playing Cardiology, Stuart Bull asked Daniele if he had any more backing tracks, but he only had the guitar idol track. So Stuart just got out Lick Library jam track and put it in the players... the result is what you see here... Enjoy!