Matt Williams,Laurie Monk: I think the world needs chroniclers as well as creators

on September 22, 2011
They say great minds think alike... I just noticed that Matt Williams who headed up his own guitar record label Liquid Note Records delivering some of the finest rock fusion on the planet has the same characteristic as myself... huge guitar fan... but does not play guitar and would rather let you know about great players you might have missed, rather than stick to one guitar player!

Matt Williams: "I think the world needs chroniclers as well as creators"
Laurie: "I just observe it and hope that, by the observer effect, the very act of observation will make an impact on the phenomenon being observed." 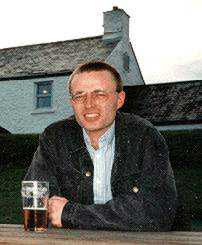 - And the second is: do you play guitar yourself?

Believe it or not, no! For some reason when I was younger I was always attracted to guitar-oriented music. I purchased all the RAINBOW, SCORPIONS, RUSH and Gary Moore albums - just bought up everything that featured lots of heavy leads and interesting rhythms. When I first heard RISING FORCE album, "Marching Out", I was totally thrown. I thought I'd heard it all with Gary Moore and the likes. How wrong could I be! The very next day I went into town and hunted out Yngwie Malmsteen's album, got it home, played it to death. Was inspired, moved but most of all, bewildered. Who the hell was this guy? How could he play like that? What techniques was he using? Why didn't it sound anything like the guitar I knew? These were questions I simply had to have answered. So I started buying Shrapnel CDs, got hooked on them and eventually picked up both acoustic and electric guitars and started to learn to play. I was, however, very impatient and found that for years on end I was drawn like a moth to a flame to pick up the guitar and start noodling. I couldn't put the damn thing down - ever! Yes, I learned some basic chords and patterns, but soon got frustrated. For one thing, I couldn't use a pick - I used the thumb of my right hand to play as fast as possible. Madness!

I came to dislike the spell the guitar had cast on me. I was much more interested in listening to great guitar music than learning how to play it and eventually decided to sell my instruments so that I could dedicate my time to promoting instead of playing this music. I wrote "The Modern Guitarist" in 1995, and have had columns, reviews, articles and CD booklet introductions published in recent years.

I guess you could say it was a cop-out - not being brave enough to dedicate years of my life to learning and mastering this beautiful instrument, as so many of my musician buddies did. Indeed, there's a parallel with my writing career. As a published writer, I made the decision fairly early on not to write fiction. There were far too many great fiction writers and the world didn't need another one, especially as I preferred to read instead of write. I decided to do much the same thing with my writing - help promote great artists and writers through non-fiction appreciation, such as interviews, reviews and columns.

I think the world needs chroniclers as well as creators. Someone has to stand up for and defend the underdog. You could argue I wasn't brave enough to aspire to my musical and literary heroes. On the other hand, someone has to write about and release records for these guys. I've got the passion, knowledge and contacts, so why not me? Even though I don't play, I've heard - and watched - enough of this stuff over the years to enable me to instantly pinpoint what a particular player is doing, technique-wise. I can "see" in my head how he or she accomplishes individual techniques; visualise the patterns and recognise the various musical methods and how they're implemented. Only I can't play them! full interview 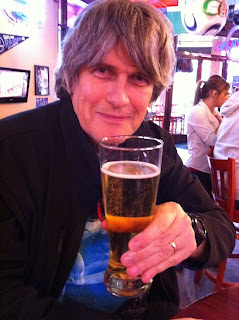 Do you play guitar? If so, how good are you? If not, why not?

I’d love to say I’m a 10th Dan black belt guitarist with legato chops from hell... but the simple answer is no, I’ve twiddled around over time, but I think I quit before I started, it saved me a lot of time and money... I can quite happily say I saw Yngwie Malmsteen back in 1985 and decided I would never be as good as that, so I never tried! I think I’m much happier being a fan, it's much easier... I leave the guitar playing to you. I just observe it and hope that, by the observer effect, the very act of observation will make an impact on the phenomenon being observed.